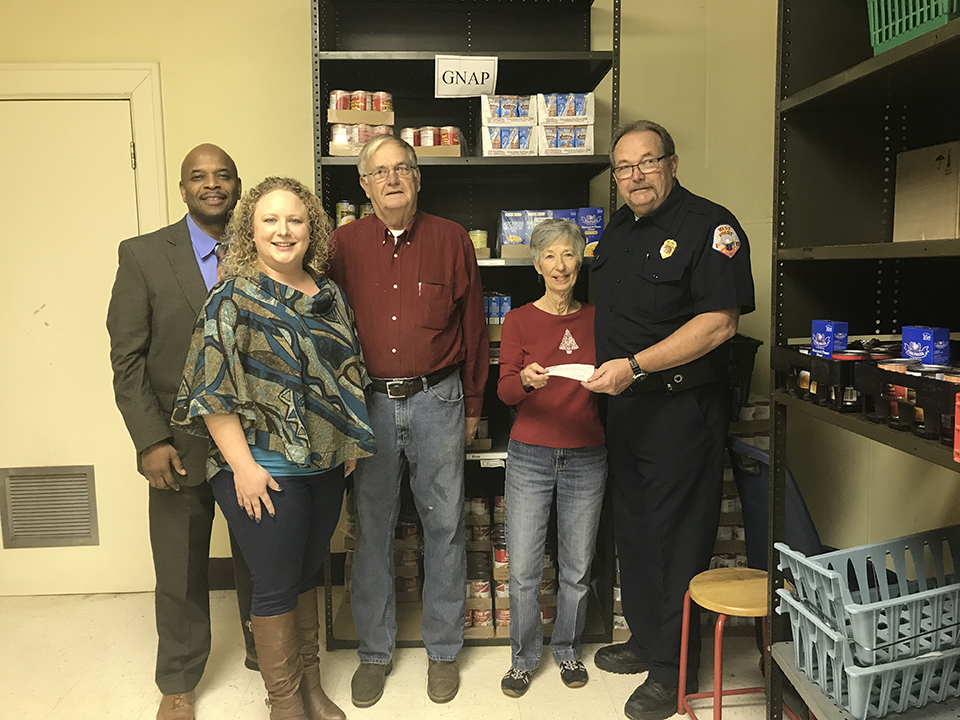 VALLEY — The Valleywide Christmas Parade was successful once again in raising donations of food and funds for local food banks.

The Tri County Community Association was able to present checks of $500 each to the West Point Food Closet, the Interfaith Food Closet and the Christian Service Center to help these organizations provide food to needy families in the local area. They were also able to donate some canned goods to these organizations.

To enter the parade, a business, civic club, church or other organization paid a $35 registration fee. It was dropped to $30 with the donation of five canned good items.

The Parade Committee received a total of 65 entries.

The parade ran on the evening of Thursday, Dec. 7. With it being cold and rainy that evening, not all the entries ran, but the entry fees did make for some good donations to worthy causes.

High school bands from Valley and Lanett made early commitments to the parade but pulled out due to the inclement weather. The Golden Panther Band wasn’t out in the rain that night but they were in snow the next day in Tuscaloosa. They were in the stands of Bryant-Denny Stadium, getting the black and gold faithful all fired up for the 2A state championship football game, won by Coach Clifford Story’s Panthers 33-15 over Leroy.

Even with less-than-desirable conditions, a good-sized crowd turned out for the parade. They lined Highway 29 from West Point, through Lanett to Valley to watch it.