A cold day to remove decorations 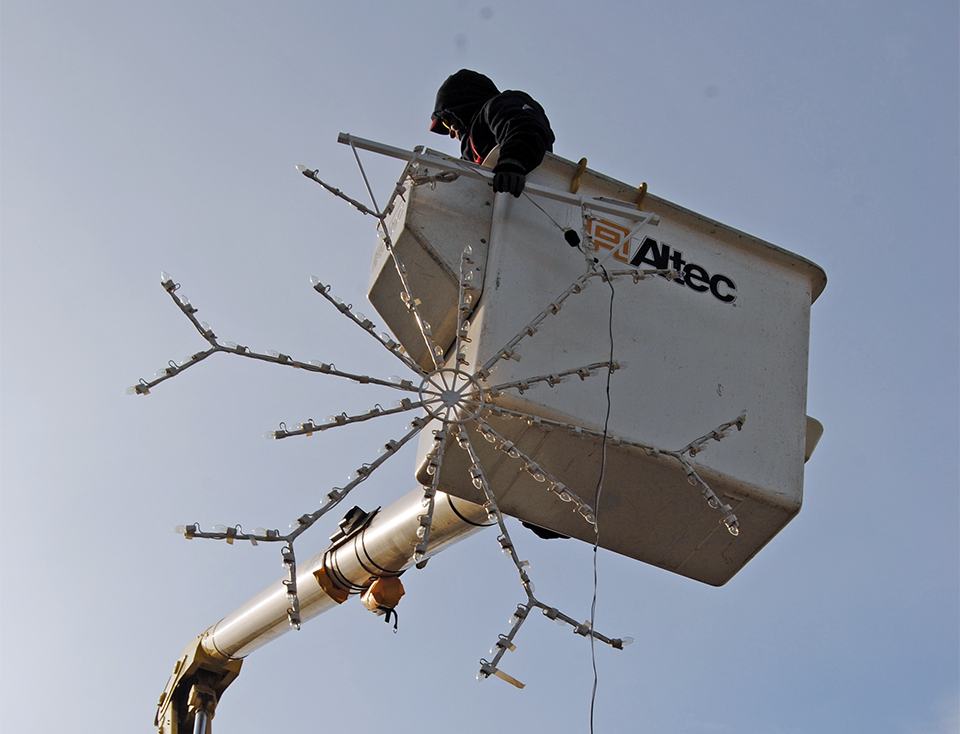 IT’S COLD UP HERE — Kirk Lauderdale takes down a big snowflake from a utility pole on Gilmer Avenue in Lanett Wednesday morning. (Photo by Wayne Clark)

LANETT — Putting up the Christmas lights was a lot more fun for City of Lanett employees than was taking them down.

They went up along the city’s main thoroughfares in November. That was before the Dec. 7 Valleywide Christmas Parade and the Lanett High Panthers winning the 2A state championship in football the next day.

Kirk Lauderdale, Cody Bolt, Austin Wood and Jonathan Hudmon took care of the job with no complaints and no slacking around. While the far right lane of Highway 29 was closed with yellow cones, they took on the chore and got it done surprisingly fast.

With Lauderdale up in the bucket and the other young guys following the truck, John Ellis drove the truck southward along Highway 29, staying warm in the cab. As far as City of Lanett employees go, Ellis is a living legend. He’s been on the job 43 years and knows more about where everything is and how to get things done than anyone.

“If John tells you to do something, you’d better do it,” said Mayor Kyle McCoy. “It’s something he’s probably done 10 times before, and he knows how to do it right.”

McCoy added that with Lanett owning its utility system, the Christmas lights are displayed every year at minimal cost.

“We’re not getting them down late,” he said. “The Christmas season really doesn’t end until Jan. 6.”