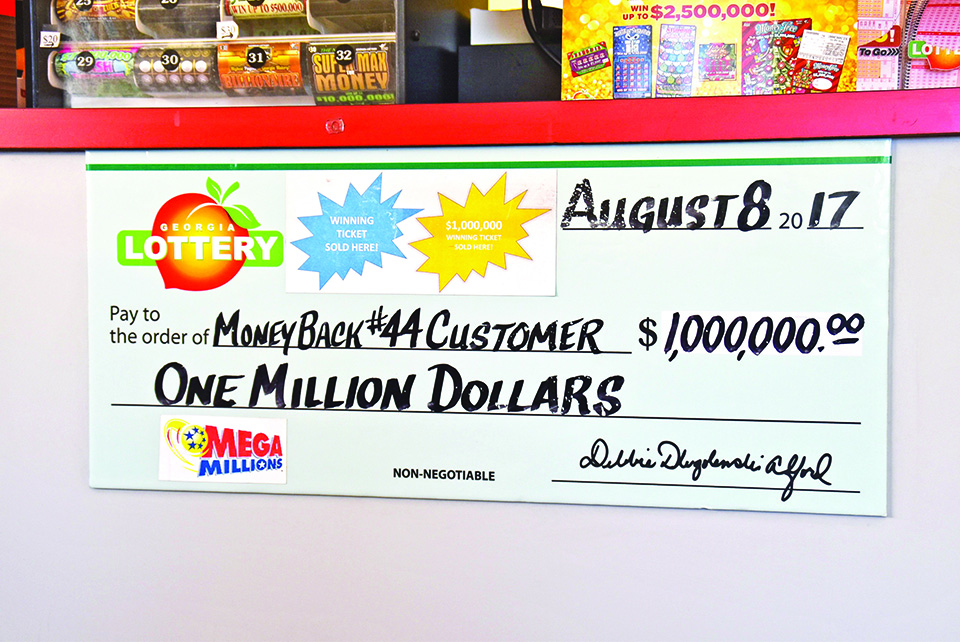 The Georgia Lottery Corp. announced last August that a million-dollar lottery ticket had been sold in West Point. It remains unclaimed and will no longer be valid this coming Sunday. (Photo by Steven Thomas)

WEST POINT — It could be the biggest missed opportunity to ever grace the West Point area.

Georgia Lottery Corp. officials have confirmed that a Mega Millions ticket was sold at Summit Grill, 1800 Highway 18, Georgia, in August but has not been claimed.

Tickets are only valid for 180 days, and the winner has to present the ticket before this coming Sunday, Feb. 4.

The winning numbers were: 11-17-50-52-74 and the Mega Ball was 14. Million-dollar prizes are awarded to those who match the five main numbers but don’t get the Mega Ball.

Tony Crooks, manager at Summit Grill, said they were alerted a few weeks after the numbers were drawn that a winning ticket had been purchased from her store.

She noted this was the second time a million-dollar ticket had been purchased there.

“But this is the first time someone hasn’t claimed the money,” she said. “It’s crazy. How do you play the lottery and not check your numbers?”

Besides the two million-dollar winners and the Fantasy 5 drawn this past weekend, there have been several winning tickets purchased there.

“We have them pretty frequently,” she said. “At least one a year.”

Traffic coming into the store for tickets, Crooks noted, is very consistent throughout the year with only a few days scattered throughout where the number drops.

“A couple of weeks ago when the weather was bad, we didn’t have any lottery sales,” she said.

“When the jackpot starts getting up into the three to four millions, then you start to see more customers. A lot of it is people traveling from Montgomery and Birmingham, the inter-Alabama area.”

Crooks noted with a laugh that about two years ago when one jackpot had gotten to over a billion dollars, they had to direct traffic coming in and out of the store.

“Sometimes it can get pretty hectic up here,” she said.

Since its first year, the Georgia Lottery Corp. has returned more than $19.2 billion to the state of Georgia for education. All Georgia Lottery profits go to pay for specific educational programs, including Georgia’s HOPE Scholarship Program and Georgia’s Pre-K Program.

More than 1.8 million students have received HOPE, and more than 1.6 million 4-year-olds have attended the statewide, voluntary prekindergarten programs.