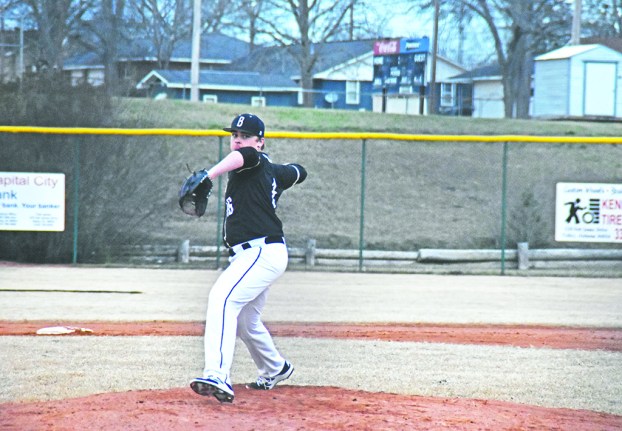 BEULAH — David Russell knew what he was getting into.

When he took over as Beulah High School’s head baseball coach last season, he did not expect to find instant success.

The Bobcats had won only seven games — compared to 70 losses  —  in the previous five seasons.

But over the course of last spring, Russell’s team learned how to compete. The result was a stunning 12-8 season in which Beulah finished only a couple games shy of the playoffs.

“We had some breakthrough moments, and then we kind of got the ball rolling,” Russell said. “It was a great year for them to finally experience winning and a great year to jump-start and get the program going in the right direction.”

This season, the Bobcats are looking to build on their success. Their goal is simple: advance to the postseason.

“I think my expectation is that anything less than going to the playoffs is failure for this team,” Russell said. “A lot of them have the same mindset because we think we should be there.”

To hold its own against Class 3A, Area 6 foes Randolph County, B. B. Comer and Central Coosa, Beulah will rely on a roster that consists of seasoned veterans and promising up-and-comers.

Leading the way will be seniors Trent Lewis and Wesley Huddleston. Lewis will play shortstop and pitch. Huddleston, meanwhile, will start at catcher and pitch as needed.

“They’re our guys that we look to,” Russell said. “If they get it going, we know we’re going to be alright.”

In Tuesday’s season-opening victory against Lanett, Gardner teamed up with sophomore Colby Richey and junior Austin Sluder to toss a no-hitter.

So is freshman Kaleb Abney, who will start at second base.

Russell believes his team possesses the tools to achieve its season goal. Huddleston, who has suited up for Beulah since his sophomore year, does too.

“We have a lot of potential if we can learn to play together as a team,” he said.

Whether or not the Bobcats reach their ceiling will likely boil down to their collective discipline. Russell has emphasized accountability since he arrived at Beulah. He wants his players to pay attention to detail and do the little things right.

Russell’s direction has enabled the program to turn a corner. Now, it’s a matter of taking the next step.

Panthers play it cool ahead of state semifinal

LANETT — Richard Carter saw a team that can shoot the basketball well. A team that prefers to play in... read more