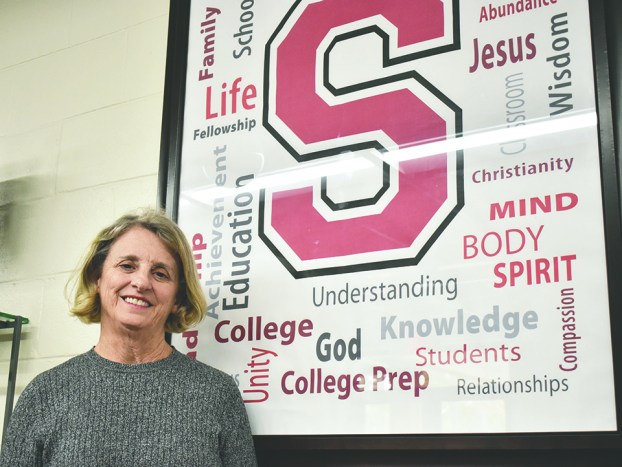 But based on her demeanor, you might think she just stepped foot in the classroom.

“It looks like she’s just started with all the enthusiasm that she has,” Springwood School Headmaster Rick Johnson said. “She’s just a great teacher, loves the kids, loves the families.”

Jones, a Lanett native, has spent all but one of her 47 years in professional education at Springwood. The school has only been in existence for 48 years.

“I’ve developed a lot of friends with the teachers out here,” she said. “It’s just a nice place to be.”

Jones has long worked at the elementary level, primarily as a kindergarten instructor. She teaches phonics, reading, math, science, social studies and handwriting, among other subjects.

“The main reason is I’ve just always loved little children,” Jones said. “I just felt like that’s what I wanted to do, and I’ve enjoyed it.”

Jones graduated from West Point High School and Auburn University. She secured a teaching position at an elementary school in LaGrange directly after she finished at Auburn. But once that initial school year ended, she shifted to Springwood.

During her tenure at the school, she has taught generations of Wildcats. Students who once passed through her classroom now have children who attend.

Jones said she draws enthusiasm from her pupils’ intellectual curiosity and finds encouragement in watching them grow.

“When you see them and they start to learn to read and that light turns on, it feels like you’ve done something,” Jones said. “It makes you feel good, and it makes them feel good when it clicks. It’s like a light turns on with them and they begin to grow in education.”

In addition to Jones’ energy, Johnson praised her skilled approach to teaching. He said she is an exemplary educator.

“When you think about the type of person you’d want to be a teacher, Jennifer Jones would be a person like that,” Johnson said. “She’s just kind, humble, diligent, professional and does her job every single day.”