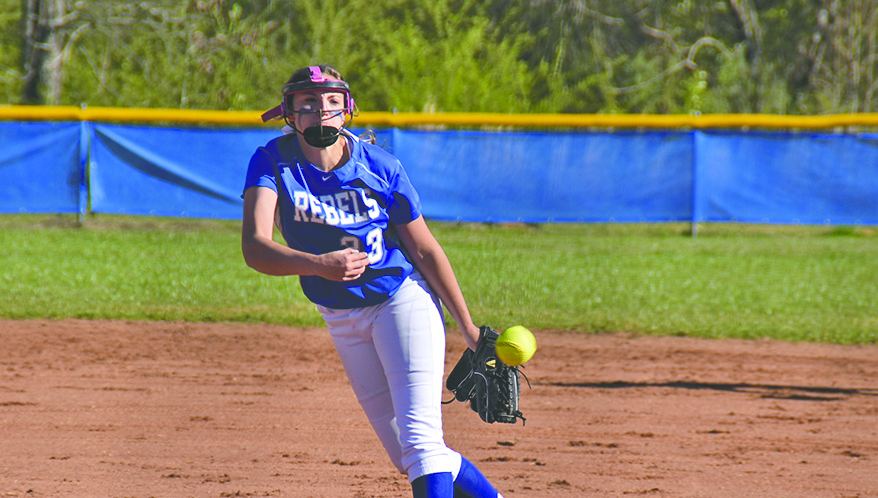 GREATER VALLEY AREA — The baseball and softball seasons are in full swing for local high school teams. Here is a look at how many of them fared over the past four days.

The Beulah High School baseball team watched a seven-run lead evaporate on Friday in a 17-11 loss to Reeltown. The Bobcats held an 8-1 advantage in the third inning before the game went south.

Beulah’s Andruw Coxwell (2 for 5, two RBIs) and Jaden Buffington (2 for 3, RBI) paced their team offensively in the loss.

The Bobcats (8-7)  were supposed to return to action on Monday, but their game against LaFayette was canceled due to the threat of inclement weather.

They will open Class 3A, Area 6 play on Tuesday at home against B.B. Comer. First pitch is scheduled for 7 p.m. EST.

The Beulah softball team also had its Monday game against LaFayette canceled. The Lady Bobcats (3-2) will play at B.B. Comer on Tuesday at 5:30 p.m. EST.

The Lady Rebels, ranked 10th in the Alabama Sports Writers Association AISA state poll, improved to 8-1 on the season with a 14-3 victory at Kingwood Christian on Saturday.

Eighth-grade pitcher Chloe Mitcham recorded 12 strikeouts and surrendered only five hits in the win. Olivia Williams went 4 for 5 at the plate to lead Chambers Academy’s offense.

The Chambers Academy baseball team, on the other hand, dropped a 2-1 decision at Kingwood in 10 innings. Luke Davis went for 2 for 4 with a double and an RBI in the loss, which dropped the Rebels to 6-8 on the season.

Both the softball and baseball teams will return to action on Thursday at home against Springwood.

The Lanett High School baseball team (2-7) was slated to face 2A, Area 8 opponent Horseshoe Bend on Monday, but the game was canceled due to a severe weather threat.

It will be rescheduled for Tuesday or Wednesday depending on the forecast.

The Springwood School baseball team fell to Edgewood Academy on Friday, 17-15. The Wildcats faced a seven-run deficit entering the final inning but nearly came back.

Easterwood finished 3 for 5 with three RBIs, while Hopkin went 2 for 4 with four RBIs.

The Wildcats (5-9) were scheduled to play at Flint River (Ga.) on Monday, but the game was canceled due to the threat of inclement weather.

They will host Lee Scott Academy on Tuesday, with first pitch scheduled for 4:30 p.m. EST.

The Springwood softball team will host Lee Scott at the same time. The Lady Wildcats (8-11) had their Monday doubleheader at Evangel scrapped due to the weather threat.

The Valley High School baseball team finished on the wrong side of a pitcher’s duel on Friday at Russell County, falling 3-1.

But he was bested by Warriors starter Logan Austin, who surrendered one hit and recorded eight strikeouts in a complete-game victory.

McDonald recorded his team’s only hit, spoiling Austin’s bid for a no-hitter.

The loss was Valley’s third straight.

The Rams (8-7) were scheduled to retake the field on Monday at Handley, but the game was canceled due to the threat of severe weather.

They will host Dadeville on Wednesday for a doubleheader.