Nolen enjoys working with everyone 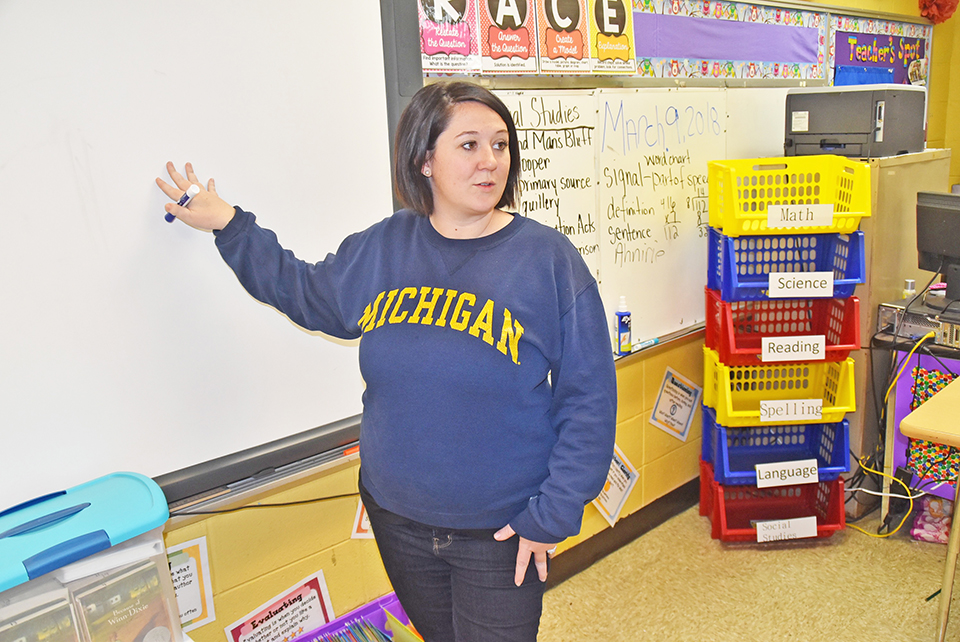 Steven Thomas | Times-News Mentoring: W.O. Lance Elementary reading coach Whittany Nolen enjoys everything involved with her job and looks to one day be an administrator.

LANETT — Whittany Nolen does a lot at work. She is a reading coach at W.O. Lance Elementary School and while that title doesn’t sound impressive, it entails a lot.

As described by Nolen, a 10-year veteran of Lanett City Schools, she provides support for teachers, helping them out in practically any way she can, and is an advocate for students, supporting, working with and mentoring them to help them succeed.

“I enjoy it,” she said. “When I was in the classroom, I was able to impact those 25 kids but when I started mentoring I realized that I can reach a whole lot more students by helping other teachers.”

She enjoyed it so much that when the position of reading coach became available, she leaped at the opportunity.

“Through this I realized I do want to be an administrator,” she said, noting she has completed many certifications to be one in the future. “It has definitely been a progression.”

Nolen has also gotten her Bachelors and Master’s degrees in Elementary Education.

The desire to teach came from several reasons.

“Well one I’m bossy,” she said with a laugh. “But I enjoy helping other people and I really love to learn. I’m a nerd.”

She added that she wanted to pull from people the “purpose” she feels everyone has.

“It’s all about edifying and lifting each other up,” she said. “Honestly, that’s why I am a teacher.”

Nolen hopes to become an administrator within the next five years, either as an assistant principal or principal.

She noted that while she would love to remain in Chambers County, and possibly in the Lanett City School System, she was willing to relocate if necessary. She is a Lanett graduate.

“I would love to be an admin here,” she said.

One of the highlights of her career is seeing “the lightbulb go off.”

“There’s a time you can tell someone is defeated,” she said. “When they get it, they realize it. That’s a paycheck within itself.”

The 10 years at Lanett have been good ones, Nolen said. In that time she has taught all grades and found elementary education is her niche.

If she does make it to administration, she plans to involve the community more in the schools. She wants everyone that can be involved in educating the kids.

When not in the classroom, Nolen spends her free time with her husband, Jeremiah, and her 7.5-year-old daughter Chloe. The couple are also expecting a new addition in October.

She is also active in her church, Nex Ministries.