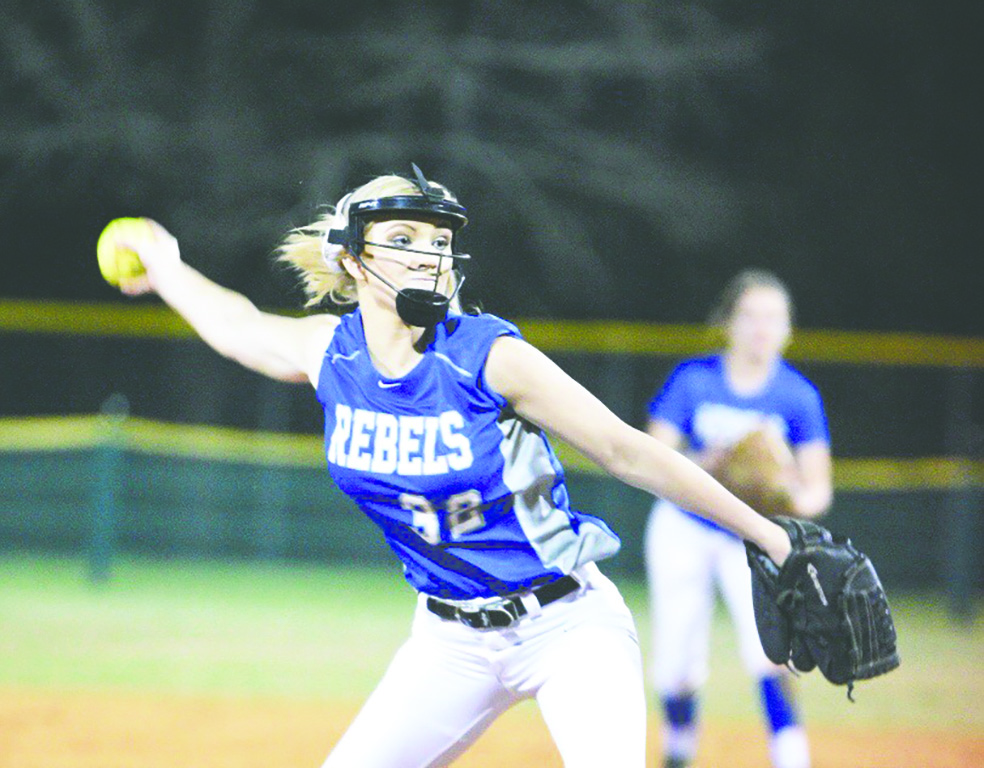 In each of the past two seasons, the Lady Rebels have won their area and advanced to the AISA Class A state tournament. They appear to be on track for another state berth this spring.

The Lady Rebels might be undefeated had it not been for an uncharacteristic showing against Lakeside in February.

Chambers Academy has started its season on the right foot thanks to the contributions of both seasoned veterans and young talent.

Together, the group has more than a decade of varsity experience.

“I think we’re a dedicated team,” Barnes said, “and I think the more we work hard, the more successful we’ll be.”

Behind the seniors is a crop of promising up-and-comers, headlined by eighth-grade pitcher Chloe Mitcham.

She is the team’s ace, despite her age.

Barnes brings consistency as the team’s No. 2 strike-thrower behind Mitcham. The senior also can deliver at the plate.

They have manufactured plenty of runs early in the season.

“Our bats have been pretty good so far,” said Oliver, who has signed to play at Central Alabama Community College. “But we’re hoping to get better.”

Last week, the Lady Rebels outscored Evangel 27-7 over the course of a doubleheader. On Tuesday, they pummeled East Memorial Christian Academy 17-2.

Fuller said her team’s ability to sustain its pace of run production will be key to its long-term success.

“We’ve got to be consistently hitting at the plate,” Fuller said. “We’re capable of doing it.”

The coach knows her squad will likely experience a slump or two during the season; all teams do.

But that doesn’t stop Fuller from encouraging her players to strive for perfection.

She is aware of the potential they possess, and she thinks it could amount to an extended playoff run.

“I’m excited for the team,” Barnes said. “I think we’re going to go far this year.”