Three-peat on their minds 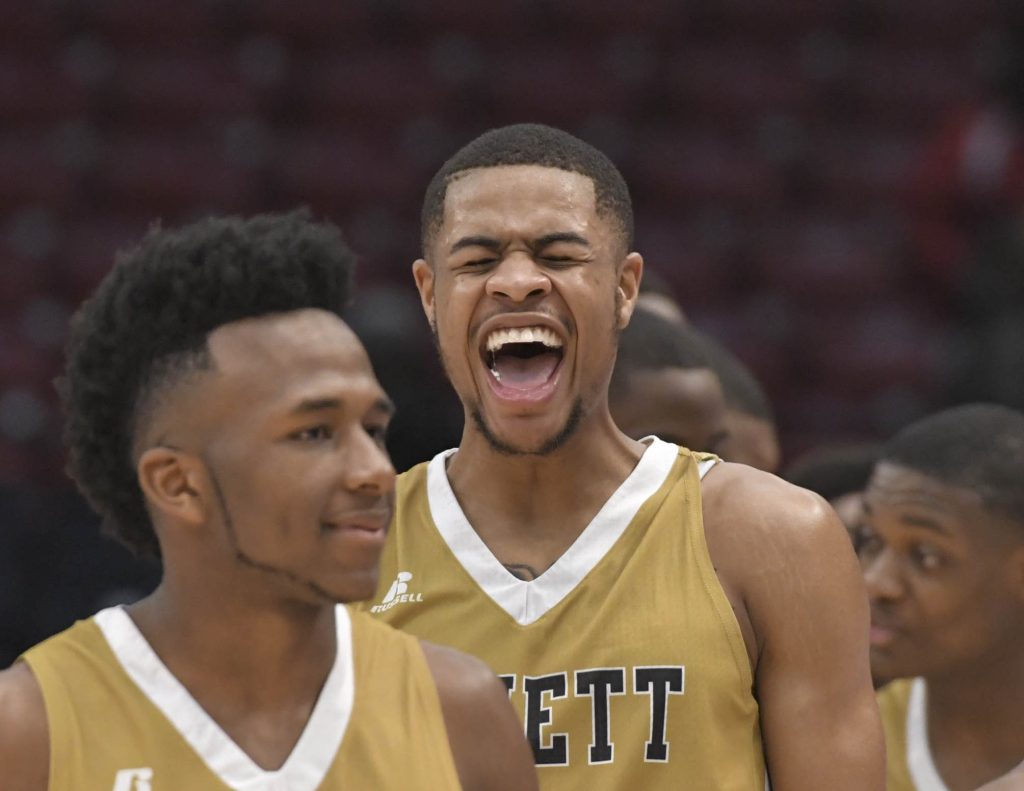 Lanett celebrates during an AHSAA Class 2A State Semifinal game between Lanett and Aliceville on Monday, Feb. 26, 2018, at Legacy Arena in Birmingham. (Photos by Kyle Parmley | Special to Times-News)

The Panthers (25-5) will face St. Luke’s Episcopal (22-8) on Friday in the Class 2A state championship game. Tipoff is slated for 11:45 a.m. EST at the Birmingham-Jefferson Convention Center’s Legacy Arena.

Lanett loaded its schedule on the front end with challenging games against stiff competition. In December, the team even participated in the nationally renowned Beach Ball Classic in South Carolina.

The Panthers dropped five games at the beginning of the season. But since early January, they have been close to unstoppable.

They ride a 15-game win streak, dating to Jan. 9, into Friday’s final. In the playoffs, Lanett has outscored opponents by an average of more than 20 points per game.

Emanuel Littles notched a double-double with 15 points and 11 rebounds. Carter is convinced his team will be able to duplicate its performance on Friday, as long as it takes care of three primary elements: remaining calm amid adversity, taking control with its pressure defense and remaining humble.

The Wildcats like to play at a slower pace than Lanett. Frequently, they feed the ball to 6-foot-5 forward Mark Wilcox. He is one of eight seniors on St. Luke’s roster.

Many of them were around for the 2016 state final, in which Lanett rolled to a 73-48 victory for its first state crown.

“Don’t think they’ve forgotten about it,” Carter said. “They remember it.”

Following Monday’s win over Tanner, St. Luke’s coach Kantonio Davis remarked in the postgame press conference that his team will need to play an intelligent brand of basketball if it wants to have a chance.

On paper, he knows his group will face an uphill battle.

“We’re ready for the challenge,” he said.

A win would make Lanett the 10th.