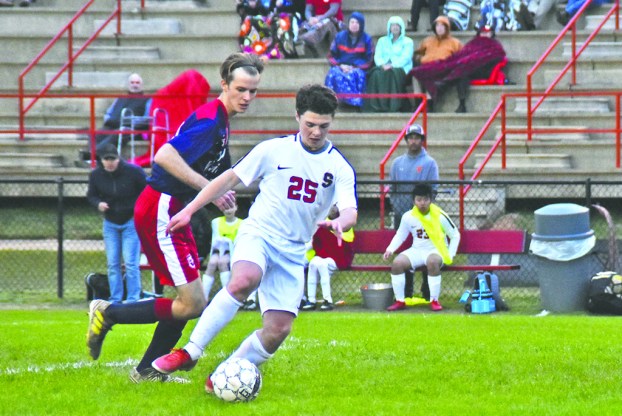 Wildcats down Emmanuel with goal avalanche

In their two previous matches, the Wildcats had suffered tough losses to Glenwood School and Lee-Scott Academy.

They left nothing to chance in their home finale. Propelled by an early avalanche of goals, Springwood (4-3) clobbered its opponent, 10-0, in a game that was shortened to only 24 minutes.

The mercy rule came into effect with 16 minutes remaining in the opening half.

Emmanuel brought only seven players to the match. Its lack of personnel allowed Springwood, which fielded a standard 11-man lineup, to score at will.

The Wildcats netted four goals in the first 10 minutes of action.

“We knew they were undermanned, but we try to take every game one at a time,” Hull said. “We try to just play our game, because we think if we play our game, then we can really compete with anybody.”

Springwood does not have a match during this week’s spring break. The Wildcats’ next contest will be on April 3 at Lee-Scott, which rallied from a two-goal deficit to claim an overtime victory in the teams’ first meeting.

“We’ve got some really tough games coming up after spring break, so it was good to get a win today,” Lanier said. “We’ll be ready to go when we get back.”