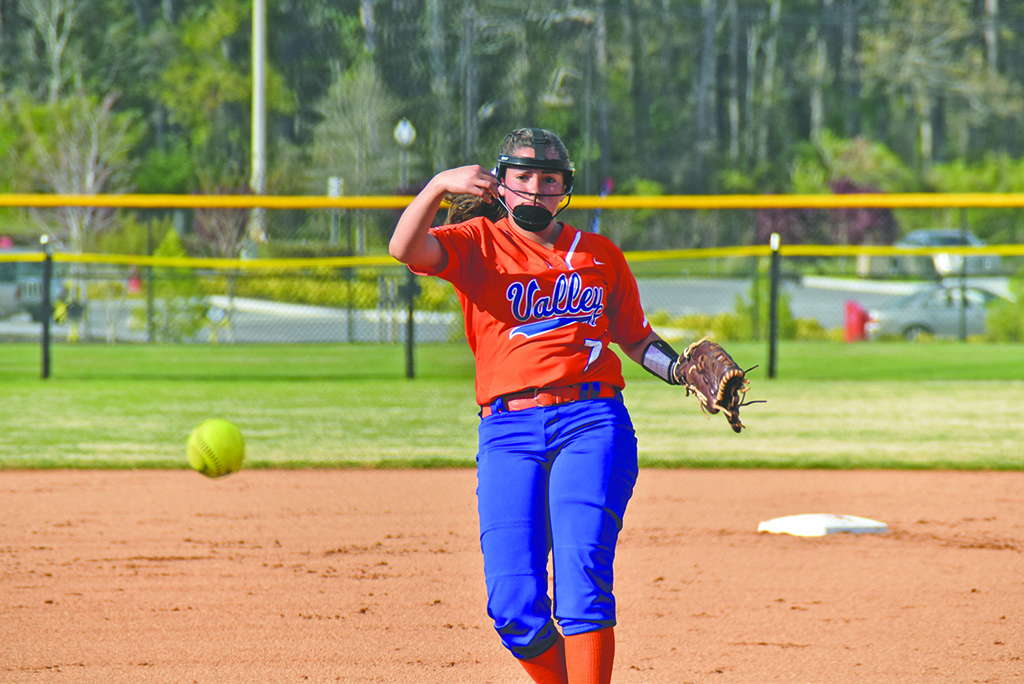 VALLEY — When the Valley High School softball team played Beauregard in mid-March, it suffered a bruising defeat. The Lady Rams lost by 11 runs in a shutout.

“In the beginning of this game, I told them, ‘If everybody will find their 100 percent and bring it out here, that’s all I can ask,’” Hopkins said. “I feel like that’s what each girl did.”

Lady Rams freshman pitcher KK Green helped set the tone on a sunny evening at the Valley Sportsplex. She held Beauregard scoreless through the first three innings, allowing her team a chance to capitalize early.

With two outs and a runner on base in the third inning, senior Julisia Trammell belted a two-run home run over the left field fence. She was greeted at home plate by a mob of teammates after completing her trot around the bases.

The shot staked Valley to a 2-0 lead.

“She definitely came in her senior year ready to be a leader,” Hopkins said of Trammell.

But Beauregard countered in the following inning. The Lady Hornets plated four runs, two of which came on a home run that sailed over the right-center field fence. Beauregard threatened to do more damage, but Green escaped a bases-loaded jam to close the frame.

Green, the Lady Rams ace, remained in the game until only one out remained in the sixth inning. Kinsley Wortham replaced her after Green surrendered another two-run home run.

“She has carried us this entire season so far,” Hopkins said of Green. “She works hard every day.”

Valley made a final charge in the bottom of the sixth inning, when the Lady Rams’ first four batters reached base. Jordan Duck pushed two runs across home plate on a bloop single to shallow right field.

Beauregard halted the comeback attempt with the help of a double play. But that didn’t dampen Hopkins’ mood after the game.

“They really, really dug deep and found it this game,” she said of her team. “I mean, this was one of our better-playing games, even though we lost. They were ready today.”

Valley will play at Beulah on Monday.