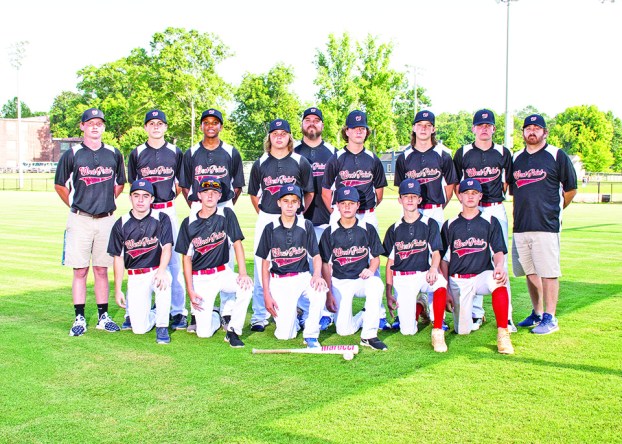 All the latest scores and schedules from West Point baseball teams

WEST POINT — The 14 and under West Point All-Star baseball team’s journey ended at the state tournament on Tuesday night.

The team lost to Bartow County 7-4 in the loser’s bracket of the double-elimination tournament. Kross Colley, Kevin Neighbors and Jordan Benbrook were the standout West Point hitters at the plate.

“They had a good season,” Parks and Recreation coordinator George Greene said. “They were hoping they could win the tournament but sometimes it just doesn’t happen. They played well and they represented the area well.”

The team ironically opened tournament play with a 5-1 win over Bartow County on Saturday. Pitcher Ethan Plank went the distance throwing a complete game on the mound and allowing one hit. Colley and Jacob Bearden had one hit each while Plank led the team with two hits on the day.

After a two-hour rain delay on Sunday, West Point returned to the field to face Vine Ingle from Macon. West Point lost 12-6 in the match. The game was filled with errors and walks, Greene said. Colley and Bentley Green were the top hitters for West Point on the day. The loss sent the team to the loser’s bracket, where they faced Northern from Columbus on Monday.

West Point dominated Northern with a 17-1 win. Benbrook was the pitcher during the matchup and he only gave up one hit. Colley had three hits, Bearden and Peyton Duck added two hits each in the winning effort.

The blowout win was West Point’s last win of the season, however, as the next game was the second meeting with Bartow County on Tuesday night.

The West Point 18 and under All-Star team is heading to the Dizzy Dean World Series in Mississippi on Friday. The Dizzy Dean league allows teams up to 19 years old to participate as opposed to the Little League organization, which recently eliminated teams 18 years and under from competition. The group will represent the state of Georgia and face off against Mississippi and Tennessee in the bracket.

The West Point team includes players from Callaway, Troup County, LaGrange, Valley and Springwood, Greene said. Many players grew up playing in the West Point baseball leagues, according to Greene.

“Ninety percent of them have been playing for a long time,” Greene said. “We pick up new people every year though, especially in that league because we’re the only ones who offer it (at that age group).”

The West Point 16 and under softball team is now heading to North Carolina to begin playing in the regional conference this weekend.

VALLEY — Another season of men’s softball at the Valley Sportsplex is around the corner. The adult recreational league is... read more