Beulah 8U All-Star team to play at World Series 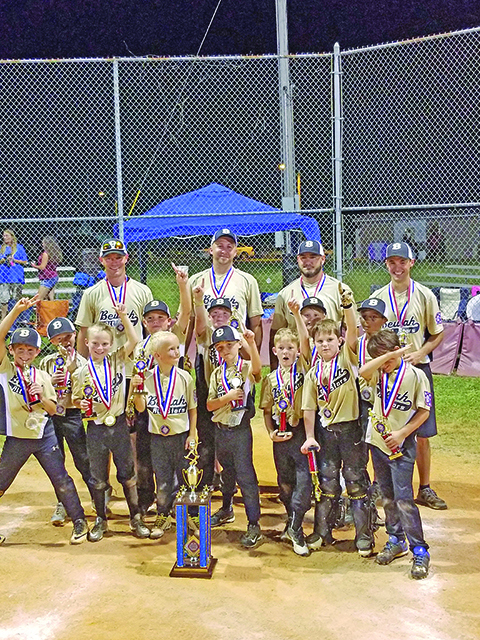 BEULAH — The Beulah 7U All-Star team walked off the field at last year’s state championship winless in the final tournament of the year.

“A lot of those kids and parents said, ‘We don’t ever want this to happen again, this was awful.’” head coach Rusty Arnett said.

Many of the players participated in travel ball leagues during the fall before returning to the Dixie League with Beulah in March. For about six players on the 8U All-Star team this year, this was the third season playing together with the same teammates.

The third time must have been the charm.

On June 23, Beulah defeated Macon County 14-2. Later that day, the team beat Valley 17-5. Then, on June 27 at the championship game, Beulah won 20-10. Beulah outscored its opponents by a combined 73-32 throughout the tournament, according to Arnett.

This is the first team in Beulah recreational history to have advanced to the World Series. Beulah begins its new championship quest on July 28 against South Carolina.

Coach Arnett was an outfielder for Beulah High School and never won a championship in his career. Now, he’s cherishing every moment of heading to the World Series while coaching his son.

“He got to do something I never got to do, which is pretty cool,” Arnett said. “His dedication is incredible. This kid wants to play baseball all day and every day. I tell people that there are life lessons that you learn in baseball, in football, basketball, in sports that you can’t learn in the classroom.”

This year’s motto for the entire team is “earned” because of the hard work every player has put in since last season’s state tournament. Now the team looks to earn one more title.

“We’re going into the World Series with a little bit of hope,” Arnett said. “We’re expecting to win.”

Anyone interested in learning a bit more about the team can visit them on Facebook at Beulah Recreation Page.