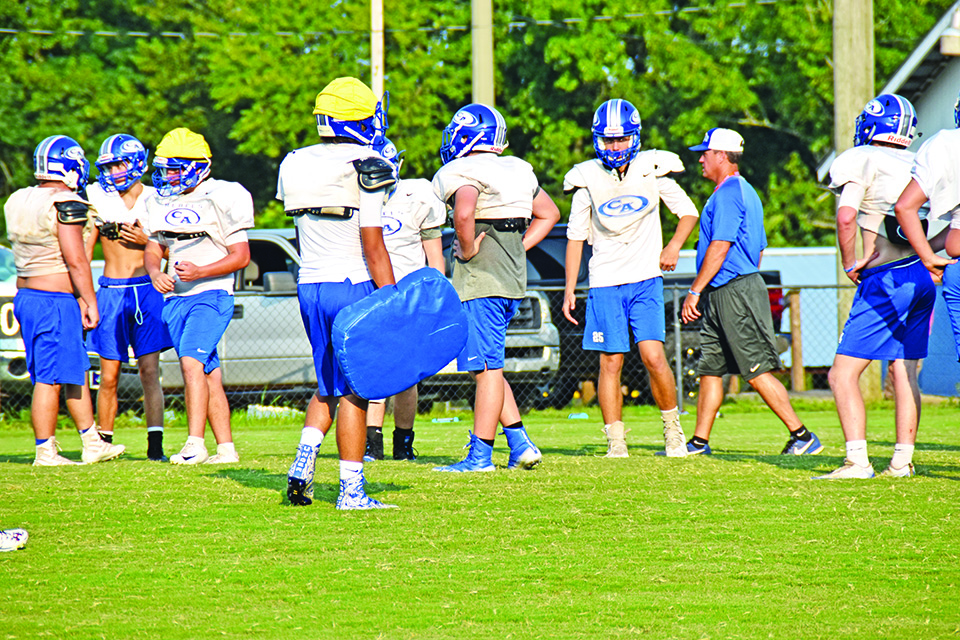 GAME WEEK: The Rebels of Chambers Academy play the first game of the season at Lee Scott Academy this Friday at 7 p.m. CDT. Photo by Rashad Milligan

LaFAYETTE — There are only two more days until game day for the Rebels of Chambers Academy.

“We’re really excited,” Rebels head football coach Jason Allen said. “Seems like it came upon us really fast but we had a scrimmage last Friday against Macon East Academy and that was really a good test for us to see where we stood and we’re excited about being to kick it off this Friday.”

The two teams didn’t keep score in the scrimmage, according to Allen.

Chambers Academy football has a 34-5 record since the start of the 2015 season and entered the year ranked No. 8 in the Alabama Independent School Association (AISA).

Under Allen, the Rebels traditionally ran a run-heavy offense in the Wing-T formation. This season, however, Allen has previously said that he wants to throw the ball more to have a balanced attack. The passing game will be led by first-time full-time starter and sophomore Payton Allen.

“He’s thrown the ball really well,” Jason Allen said. “We’ve caught it really well this preseason. Our protection has been good at times also, it’s something that we’re still working through but we feel confident we’re going to be able to execute the passing game better than we have.”

The three-back system in the Wing-T is led by C.J. Lyons, Hayten Harris and Jordan Gillespie. Lyons has rushed for 1,000 yards in back-to-back seasons and has gotten stronger over the offseason.

Braxton Allen is another key player for the Rebels coming out of the backfield. The senior athlete has improved his hands over the summer, which should open up the opportunity for Payton Allen to throw more screen passes this season.

“I feel like we’re right on pace of what we expect to be this time of the year,” Jason Allen said. “The good news is, there’s a lot of carryover from year-to-year so they understand it and we’re usually, further along, earlier in the year because of that.”

The practices at Chambers are high intensity. The players run a play for a few times before moving on with three claps a Ric Flair-inspired howl down the field. If the players don’t go to their assigned spots on the field, the coaching staff lets them know about it and the focus increases on the field.

The focus this week is at a high compared the rest of the 2018 season up to this point.

“In preseason practice, I usually see the kids get a little more upbeat and excited when we get into game weeks like this week,” Jason Allen said. “I think it’s important that you have a good time with the guys and we try to do that.”