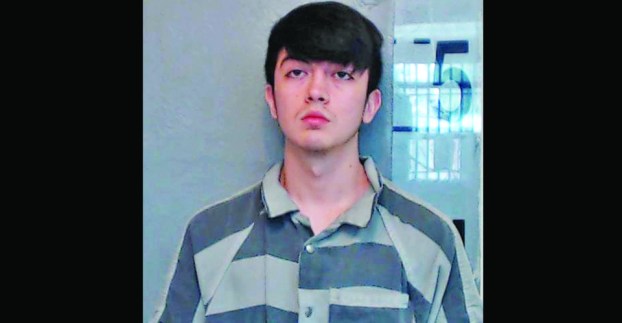 ARRESTED: Josef Dane Mogol Bell, 21, of Lanett was arrested on charges relating to having sex with a minor

VALLEY — A Lanett man was arrested by Valley police officers following an alleged month-long relationship with a minor.

According to a press release from the Valley Police Department, officers responded to a call of a suspicious vehicle near Valley High School at approximately 12:30 a.m. on Aug. 27. When officers located and approached the vehicle, they found it occupied by a male and female who were both partially undressed, police say.

Police identified the male as Bell and the female as a minor who said she was 16. Officers escorted the female home and spoke to her parents.

“The parents were surprised that the child had snuck out of the home,” Valley Police Maj. Mike Reynolds said. “They didn’t know that she had left. It came to light that this wasn’t the first time, and she was under 16.”

Officers contacted investigators, who interviewed Bell at the Valley Police Department on Wednesday. Reynolds said that Bell was very forthcoming and admitted to officers that he had met with the female several times during the past month for the purpose of having sex.

Bell also admitted that he knew she was under 16 years of age, police said.

Bell was then arrested on the aforementioned charges and processed at the Valley Police Department before being transported to the Chambers County Detention Facility where he is awaiting a bond hearing.

As for the minor, Maj. Reynolds said there are no legal repercussions against her.

“As far as criminally, no, I don’t foresee any charges coming out against her,” he said. “Her parents may contact the court if this type of behavior is ongoing then there may be some kind of juvenile proceedings…. But as of this time there’s been no legal actions taken with the minor.”