Bobcats win 36-0 at first home game of the season 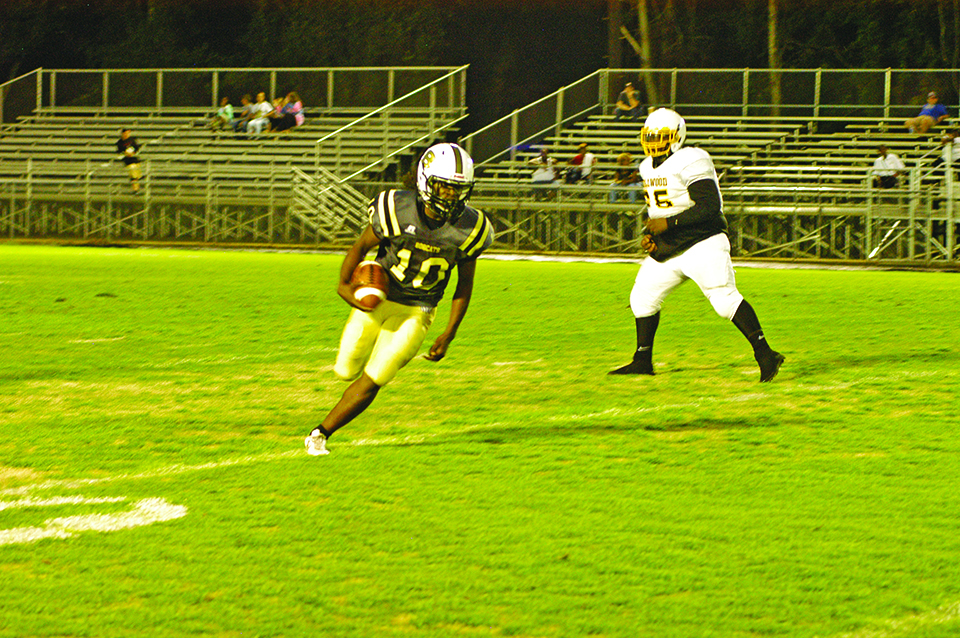 BEULAH – Beulah High School could not be stopped as they blew out Ellwood Christian Academy 36-0 in their home debut, improving their record to 2-0.

Thirty minutes before the game, fans sat shoulder to shoulder on the home bleachers cheering for their beloved Bobcats. The players fed off this energy all game as they rarely ever let up on their opposition.

After a dominant performance against Loachapoka last week, Beulah picked up where they left off, this time through the air. Quarterback Lonzie Portis threw for 108 yards and completed six out of his seven pass attempts.

Towards the end of a marathon first quarter that lasted over 45 minutes, Portis threw his first touchdown of the year.

At this point, he had already rushed for a touchdown earlier in the game, but this time he was able to sail the ball over the Eagles secondary to find Dashawn Jones wide open for a 24-yard touchdown.

“We always want to be balanced and last week we got ourselves in a situation where we were rolling off nine yards a run,” said head coach Cody Flournoy. “This week we wanted to see us throw it against another team.”

By no means did the Bobcat abandon the run game though.

They still tallied 145 yards on the ground as they continued to steamroll over a noticeably short-benched Ellwood.

Once halftime hit the better team was clearly establish as Beulah was up 36-0.

The second the refs blew their whistles to stop play, the skies opened up and drenched everyone in attendance.

After close to a half hour of confusion both teams decided to call the game.

One star that didn’t get washed out by the rain was kicker Austin Billingsley.

What stands out about Billingsley is that he’s not much of a kicker at all, he’s a lineman.

Up until last week, he had no prior experience putting the ball through the uprights.

“This week started off pretty rough,” Billingsley said. “I wasn’t kicking good. So I asked coach for a ball and went home and just started kicking.”

Billingsley’s preparation paid off as he went on to hit all four of his extra point attempts. He credited a couple of videos on kicking along with his brother, who played collegiate soccer, for his performance.

“Austin throughout this week did good and so we decided to give him a shot,” Flournoy said. “As long as he keeps putting them through the uprights we’re going to be alright.”

Next week, the Bobcats take on Montgomery Academy.