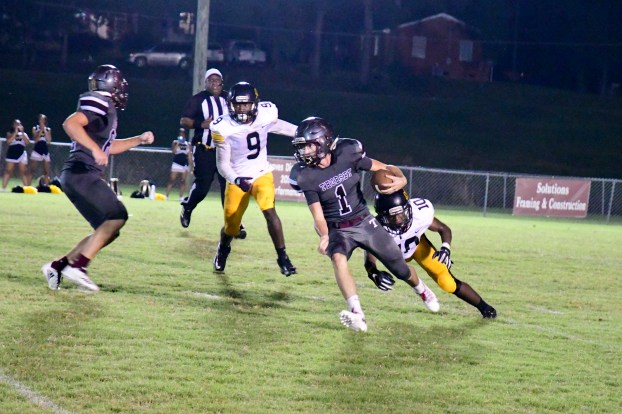 The Rebels trailed 7-6 at halftime and 14-6 past the midway point in the third quarter.

However, a Tucker Patterson punt pinned LaFayette at its own 5-yard line and Brent Jones recovered a fumble one play later to set up the Thorsby offense.

Christian Fortner connected with Brody Barnett on a 5-yard touchdown pass to cut the deficit to two, 14-12, after the two-point conversion attempt came up short.

The Rebels dug deep into its playbook later in the quarter and grabbed an 18-14 lead following a trick play where the ball changed hands three times behind the line of scrimmage before it ended up back with Fortner who found a wide-open Cole Farris in the end zone.

The Thorsby defense forced a pair of turnover on downs in the fourth quarter to preserve the victory on the night.

Jones recovered two fumbles on the night and Kane Belk provided consistent pressure in the LaFayette backfield from the opening snap.

BEULAH – The Bobcats had four reasons to arrive at Beulah’s homecoming dance in a good mood on Friday night.... read more