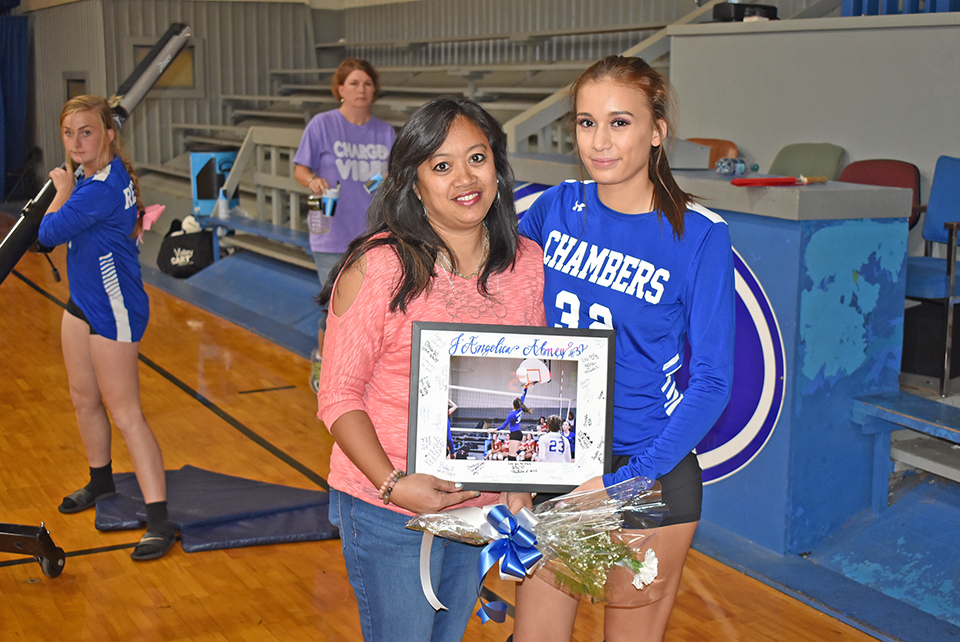 LaFAYETTE —It was another ideal night for the Chambers Academy volleyball program. Both the junior varsity and varsity squads swept Cornerstone Christian on senior night as the varsity team clinched the No. 2 seed to host a playoff game in next week’s regional tournament.

“I thought they played fantastically,” Chambers Academy head volleyball coach Jaylan Reynolds said. “This is what we’ve been trying to put out of them the entire season and I’m so glad that we’ve gotten it. Now, we’re going to be able to host our first-ever game in the regional tournament.”

The varsity squad won 25-19, 25-11 and 25-21. Senior J’angelica Abney was honored before Thursday’s match. She contributed a kill, an ace and a block in the winning effort with her mother, Miraflor Seger, watching courtside on the front row.

Bailey Allen led the varsity team with eight kills and three blocks. Audra Slay led the Rebels in aces by serving eight on Thursday. Megan Ware served five aces to go along with two assists and a kill.

After every win this season, Reynolds gave the team a ribbon. The token idea came from her club coach from Troy University. Reynolds said that she has had to make multiple orders for the junior varsity team. The JV Rebels have only lost one match, which was their opening match against Edgewood.

The junior varsity squad begins its state championship quest on Saturday in Columbiana at Cornerstone Christian as the No. 1 seed.