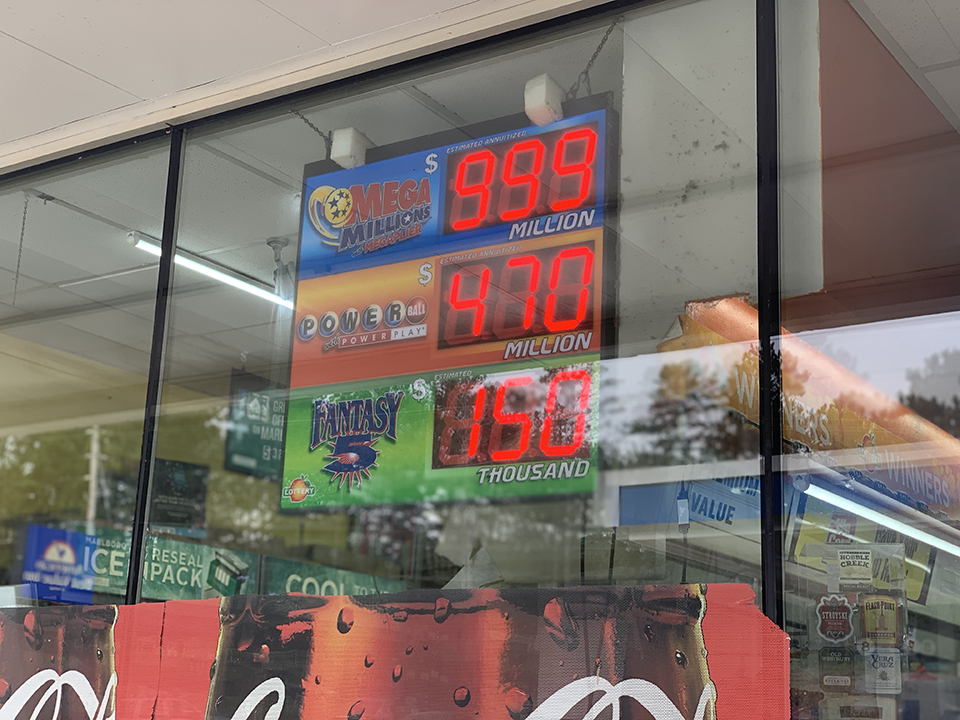 WEST POINT — Friday night was the drawing for the largest Mega Millions payout in history, reportedly more than $1 billion.

Georgia Lottery officials announced that the record high jackpot of $970 million reached the $1 billion amount Friday after an influx of players. The jackpot has been steadily growing nationwide since it was won in California on July 24 for $543 million.

The Chevron and Summit stores off exit two in West Point were swarmed with people eager to try their luck. With the parking lots trapped in a gridlock and the line for the counter wrapped around the aisles, the stores were making sales from people within the state of Georgia and surrounding areas.

Denise Thomas and Dekeshia Smith were eagerly filling out their lottery tickets at the Summit station after having driven over 80 miles from their homes in Montgomery.

“I only play when the stakes are high like this, and they are really high right now,” Smith said. “It’s so exciting because anybody could win, anybody, and I could be that person.”

The two said that they, like everyone else waiting in the 20-minute lines, were excited about the prospects of winning such a large amount and had big plans on what they’d do with it.

“I would do a lot for my community [if I won], I really would,” Thomas said. “It’s just sad that we have to bring our money from other states when we could be putting our money into the state of Alabama.”

That sentiment seemed to be shared by many, as others waiting to get their tickets also hailed from outside of Georgia.

As she was waiting, Brenda Davis explained that she was also from Montgomery and enjoyed playing the lottery when she could.

“I’ve played it before, but not here,” she said. “I play whenever I visit my son in Texas.”

Stores were crowded from morning to evening with people excited for the 11 p.m. ET calling of the numbers.

“We are doing what everybody else is out here doing, trying to become a millionaire,” Thomas said.