Lanett gets “Sassy” with new business 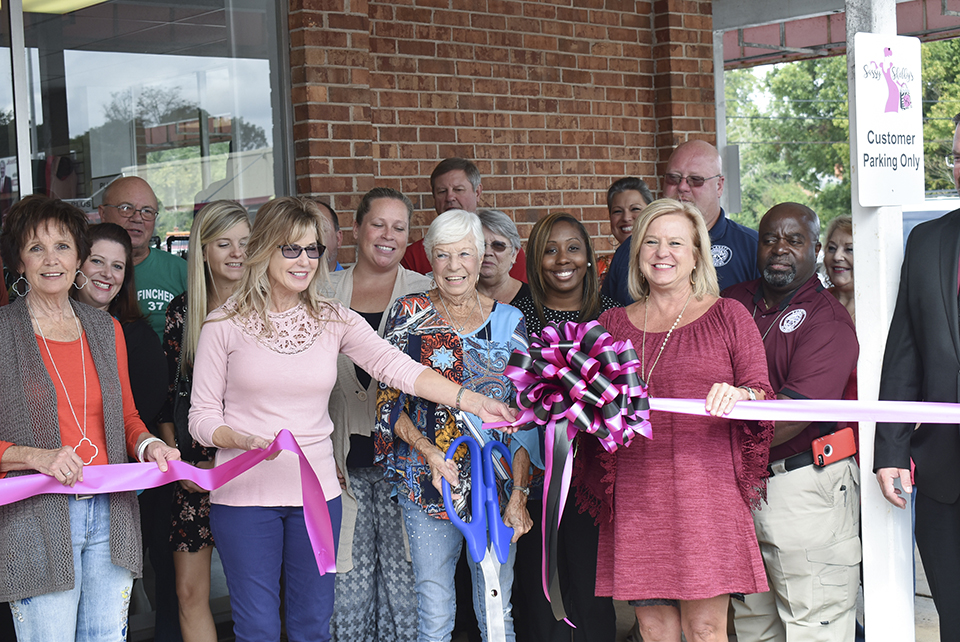 LANETT — Those in the Valley with a focus on looking fashion forward now have another option, as boutique and consignment shop Sassy Shelby’s held their grand opening on Monday.

Members of the Greater Valley Area Chamber of Commerce and local leaders were all at the Valley Plaza shopping center in Lanett Monday afternoon, browsing the wares and mingling among themselves before GVACC Executive Director Ashley Crane began the ribbon-cutting ceremonies.

“We are so excited that you chose the city of Lanett to open your business,” Crane said to Owner Ramona Russell. “I think you have a wonderful location and we are looking forward to the opportunities that yall will have moving forward.”

Russell, a Lanett native, owns and operates the store with her sister Maria Edge and their mother, Shelby Benefield, who is the inspiration for the store’s name.

“She can be really sassy sometimes, so that’s how it came about and was the one that really stuck,” Russell said.

Benefield said she agrees with the claim of her sass, embracing it with the pride that it inspired her daughters to open the store in the town where they grew up.

“My daughter has always wanted to open a dress shop of her own,” she said. “It just so happened that she retired so she had the time to start this and she wanted to name it after her momma. It’s exciting and its a really fun store. I’m glad she thinks that much of me.”

Russell has worked in retail her whole life and said that Sassy Shelby’s opening is a long-time dream of hers that could finally be realized after her retirement. The boutique, according to Russell and her sister, was opened to fill a need Lanett shoppers have had for quite some time.

“Growing up here, if we ever wanted to go someplace and get a gift for somebody, we always had to drive somewhere,” she said.

“You would spend almost all day driving to the larger areas to buy a gift for a party that you had to go to that day. I think we are trying to bring something a little unique to the people of Valley where if they need gift items, we are going to carry those.”

The new shop specializes in boutique and “upscale consignment” clothing for both men and women. Described as a more trendy approach to Southern fashion by the owners, anyone with any kind of budget can find something to wear, as they also offer plus size clothing.

“I look forward to supplying the people of Lanett, Valley, LaGrange, Opelika, wherever,” Edge said. “We have everything in here that anybody would need, and we have something for everybody.”

With intentions to become a mainstay in the city where they grew up, the sister’s are excited to serve the community as a family.

“We were born and raised in Lanett, my family has always lived here in Lanett,” Russell said. “It had to be in this area.”