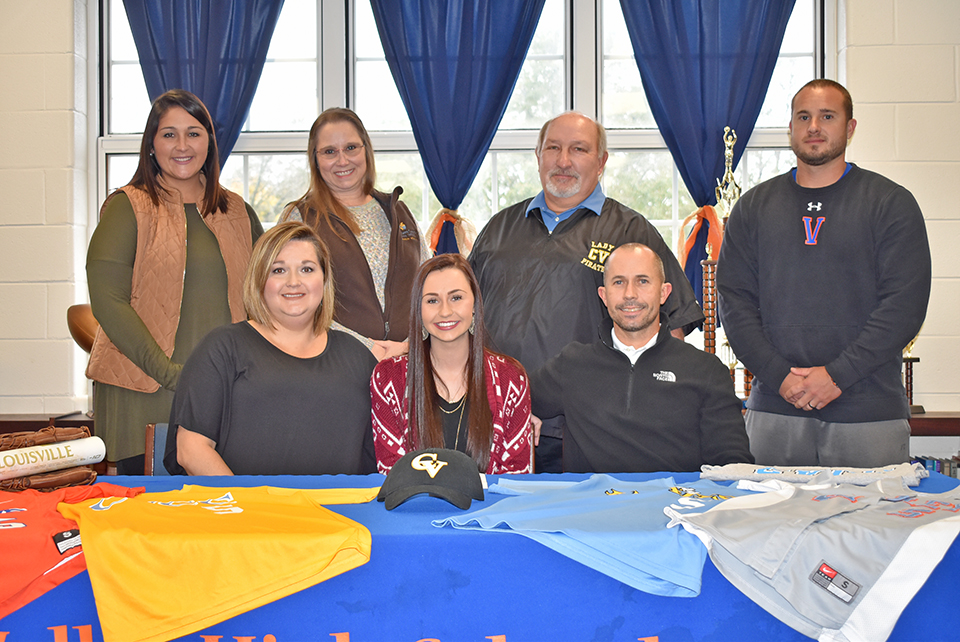 “I am very proud of her,” Valley head softball coach Torie Hopkins said. “She is going to be a great asset to CV’s team. She is a hard worker. She is spunky on the field. She plays any position to the best of her ability, and she is going to do great at CV.”

Landis was not only one of the best infielders for the Rams, but also one of the more consistent hitters for the team at the leadoff position.

“Nine times out of 10 she’s going to get on base, and make it all the way around,” Hopkins said. “She’s fast, she’s smart, and she’s super athletic.”

During Thursday’s presentation, Chattahoochee Valley head softball coach Steve O’Steen said that he currently has the best roster that he has had in his 19 years at the school, and that he’s excited to add a player like Landis to the fold.

“It’s always a pleasure to make it up here to Valley, it’s considered a local community to us,” O’Steen said. “It’s always good when we can keep these young ladies at home, and we’re ready to get started.”

Playing college softball was always a dream of Landis’, and she echoed some of Osteen’s excitement after the presentation.

She plans to use her scholarship to help herself work toward her path to becoming a nurse. The coaches, the current teammates, and the campus are three of the main reasons why she chose CV.

“I’d like to thank my parents, all of my family, all of my coaches, and everybody who supported me throughout my entire life,” Landis said. “And softball.”

Last season, the Rams made it to the South Central Regional, a goal for the team coming into the season.