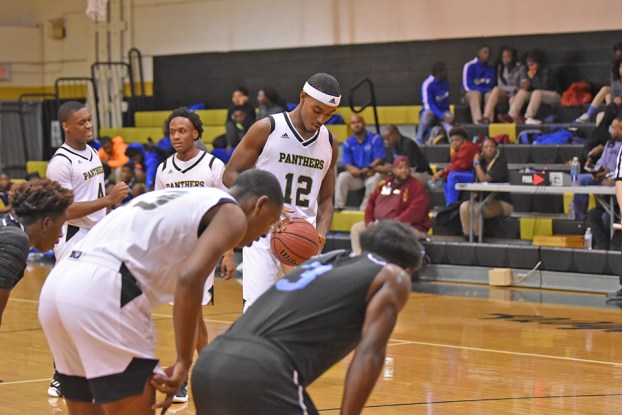 LANETT — The Lanett Panthers began Area play in impressing style routing the Loachapoka Indians 68-29. The Panthers eased out to a 27-15 halftime lead before putting it all together in the third quarter, outscoring the visitors 30-4 to lead 57-19 heading into the final period of play.

Lanett advances to play Wadley at 6 p.m. Friday night. The Bulldogs won their Area tournament opener by a comfortable margin over Notasulga.

The Panthers were led in scoring by 6-7 senior center Tifton “Dee” Dobbs, who had 22 points, 18 coming in that resounding third quarter.

“I really liked the way they played in that third quarter,” said head coach Richard Carter. “They were really intense. It was the best quarter of basketball they have played this year. I think we are getting close to where we want to be.”

Lanett has a lot of depth among the big guys up front, but have needed some more guys to step forward at the guard positions. “We’ve been playing a lot of people,” Coach Carter continued. They are coming around and playing the way we’d like them to. If they continue to work and improve we have a real good chance to get back to where we’d like to be. We are in a six-game season now. They have to put that hard hat on every day and work for what they get.”

Tuesday’s win improved Lanett’s record to 15-8 on the year. They haven’t lost to a 1A opponent all year. Each of their eight losses have come against larger schools.

If they win on Friday versus Wadley they will be at home next Tuesday. If they lose, they will travel that day.

Deciding on where to go in life upon graduation is one of the biggest decisions a high school senior can... read more