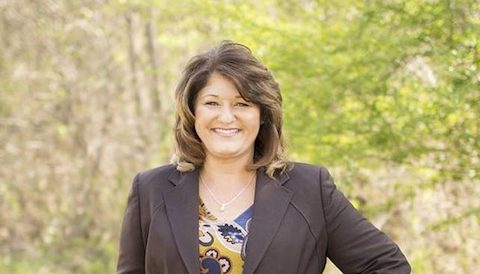 LANETT — State Rep. Debbie Wood, R-Valley, knows there is a lot of stake for the future of the Greater Valley Area and the future of Alabama as a whole.

She went back to work in the House of Representatives Tuesday with several bills that are pending, including a bill to make abortions in Alabama a felonious act.

House Bill 339 would make abortion and attempted abortion felony offenses except in cases where the action is necessary to prevent a severe health risk to the child’s mother. However, an abortion would still be a felony, based on the reading of the bill, if the conception of the unborn child was by way of rape or an incestuous act.

“I firmly believe that conception is a life,” Wood told the Valley Times-News Tuesday. “I believe that when you have an abortion, you are killing and committing murder.”

She said there probably wouldn’t be an amendment to HB314 to include rape or incest because the state wants to challenge landmark U.S. Supreme Court case Roe v. Wade — the 1973 case that legalized abortion. Wood said once Alabama has put its own bill together that is constitutional, it would likely add exceptions, but for now, it will not.

She said she would support exceptions of rape and incest, but without those, she supports the bill and said abortion should be a felonious charge.

“I am standing up for the rights of the unborn because the unborn have nobody to speak for them,” Wood said. “We are trying to be a state that fights for the unborn.”

The bill was not scheduled to be on the House floor Tuesday, Wood said. The bill will need to be read a third time by the House before a vote and then will go to the Senate if passed.

Wood was also in favor of HB 339, which passed the House last week and is headed to Senate this week. The bill would require all public K-12 schools in Alabama to voluntarily recite the Pledge of Allegiance to the United States flag.

The bill would not require students to participate.

Wood said many schools don’t recite the pledge at all.

“We feel like what is happening is that with all the different cultures brought into our communities, we have to ensure children know what we were built on,” she said. “We are not saying that anybody else’s culture is wrong or anybody else’s beliefs are wrong, but they are different what than what the United States was built on.”

She said that history is vital for children to remember as the older generation continues to age.

“If we don’t keep that history alive, for our children, they are going to lose it,” Wood said.