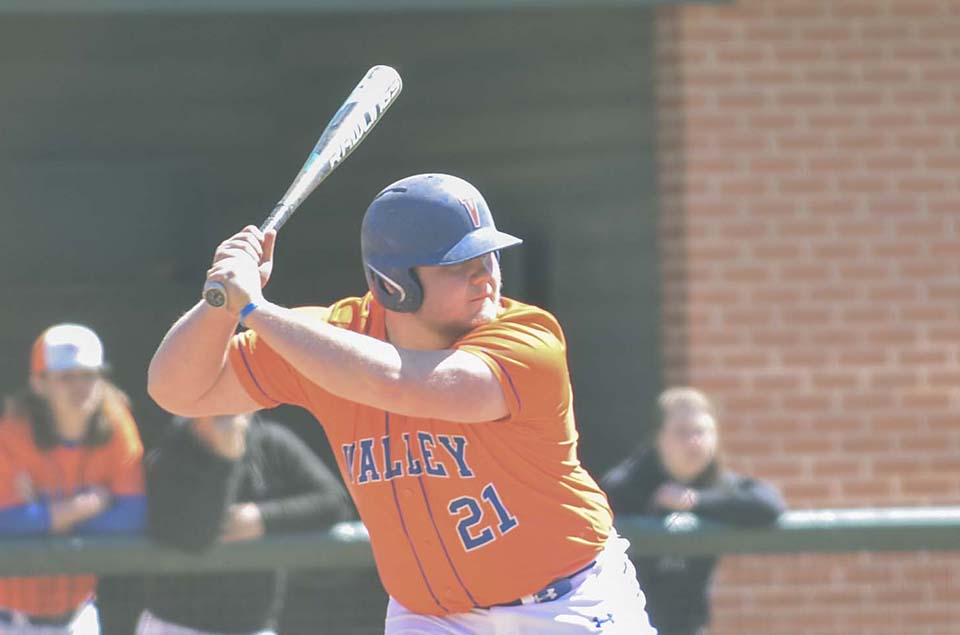 It was an eventful season for the baseball teams around the Greater Valley Area. Four of the six local schools, including Chambers Academy, Lanett, Springwood and Valley all made the state playoffs.

In only his second season at the helm as the head man at Lanett, Ames led the Panthers to the program’s first postseason appearance in 17 years. In his first two seasons at Lanett as an assistant coach under Chip Seagle, the Panthers only won a combined three games. Lanett’s .500 area record this year was enough to achieve the playoff milestone in addition to building a buzz around the school surrounding the program. There were 27 students who showed up to the first day of Lanett’s baseball tryouts this year.

Osborne was one of the more powerful bats in the area this season. In 23 games and 66 at-bats, the junior first baseman hit a home run, 13 RBIs and six doubles while maintaining a .409 batting average. In addition to his 27 hits, Osborne also had a .494 on-base percentage and a fielding percentage of .980.

Hopkins was the top option for the Wildcats this season on the hill and at the plate. As a starter, he carried a 2.01 ERA in 31.1 innings. He finished the year with a 2-1 record. On offense, Hopkins had a .279 batting average, two triples, four doubles and 11 singles in 61 at-bats this season.

Beulah’s ace was a large part for the Bobcats’ fast start this season, carrying a 3.28 ERA in  31.2 innings. He finished the season with 5-2 before suffering an injury in the middle of the year. Richey gave up 12 walks in 2019.

Smoot was one of the Rebels’ top options this season when the team made another playoff run. In Game One of the team’s postseason series against Evangel Christian, Smoot pitched a no-hitter, throwing less than 50 pitches, in the 15-0 victory.

Beaty was the Bulldogs’ ace this season, throwing 50 strikeouts, and adding a no-hitter to his resume as well. The senior was one of the players that former head coach Micheal Patillo honored at this year’s athletic banquet.

A senior transfer from Beauregard High School, Howell settled in with the Rebels in the nick of time this season. In 23 games at the plate, he carried a .389 batting average, while collecting 34 hits, seven doubles, a triple and a home run. He also had a .602 on-base percentage. One of Chambers’ best pitchers as well, Howell threw for 52 strikeouts and a complete game no-hitter in 2019. He has signed a baseball scholarship at the Marion Military Institute.

Davidson led all area players with a .581 batting average in 14 games and 31 at-bats. His batting average ranked third among all batters this season in 1A. He also had a .667 on-base percentage hitting two triples, seven doubles and 12 RBIs. Davidson also stole 16 bases. The senior athlete played multiple positions this season and hit 1.000 until March 8 against Coosa Central. He suffered a concussion and missed nearly two weeks. He went 4-for-4 against Loachapoka in his first game back to go along with three doubles and three RBIs. In Lanett’s playoff game, Davidson went 3-for-4, hitting two doubles in the contest on the road.

The junior second baseman carried a .352 batting average while corralling 25 hits and a .477 on-base percentage for the Rams this season.

Davidson finished his senior season with a .413 batting average, two home runs, 19 hits, 13 RBIs and a .518 on-base percentage. Davidson played in the infield, outfield and pitched this season for the Panthers.

Gardner was one of the leaders on the Bobcats this season, finishing 2019 with a .393 batting average and carrying a .513 on-base percentage.

The senior catcher finished the year with 31 stolen bases, which was good enough to be the third-most in 1A in 2019. At the plate, Sparks drew 26 walks.

The sophomore finished the 2019 campaign with a .354 batting average and a .524 on-base percentage.

In many of the Rebels shut out, low-scoring wins, the defense of the senior outfielder Gillespie is what kept Chambers Academy afloat.