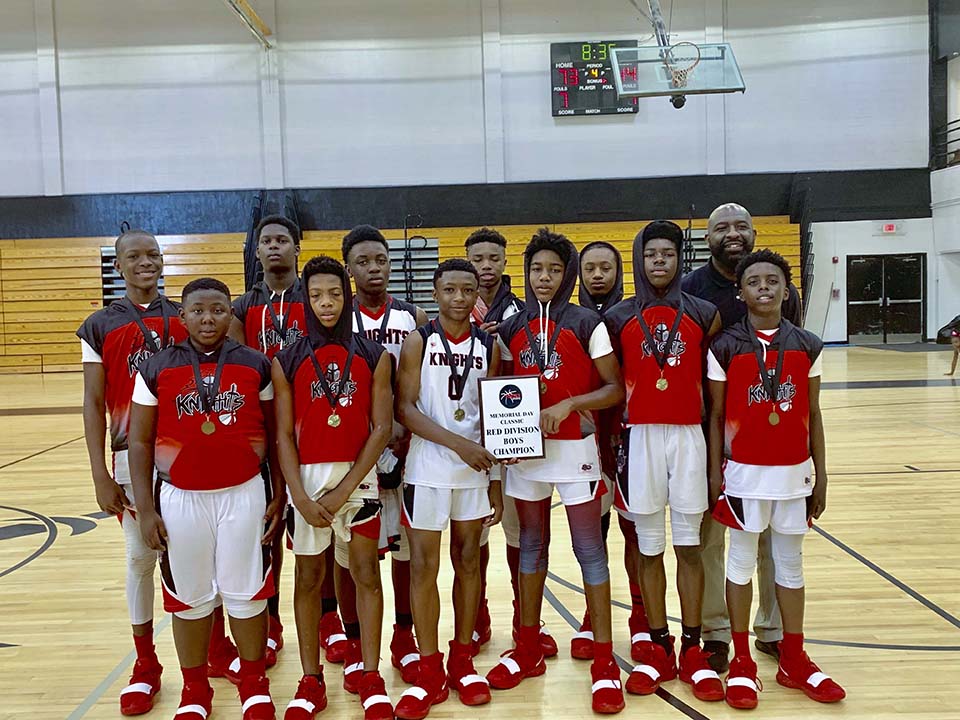 The Knights defeated the eighth-grade Columbus Thunder 73-44 to win the tournament championship. The team won 67-28 in the first, and 74-20 in the second game of the bracket.

This past weekend marked the first games for the Knights after a two-week break to focus on the end of the school year exams.

“This weekend was a tune-up tournament, but they did really well,” Jemeka Harper, the mother of Jay Harper, said. “I think our team is better this season considering the fact that we had everyone returning from last season, and then we picked up one additional player. Most of the boys on our team have played together since fourth grade so they’ve had four years of getting to know each other on the court. I can see the growth in them every season.”

Last summer, the Knights finished third at the Youth Basketball of America (YBOA) National Championship in Orlando, Florida. Two summers ago, the Knights were invited to the national tournament as well, but couldn’t attend because the player’s parents weren’t prepared to pay for the trip. This year, the team expects to be better than ever.

“I can see improvement from when they started in the fourth grade,” Marshon Harper, the father of Jay Harper and the Valley High School head basketball coach, said. “Unbelievable improvement. Ball-handling skills, shooting skills, rebounding skills and the knowledge of the game.”

All of the players are on the football teams at their junior highs as well.

“This has really helped them develop their basketball skills,” Jemeka Harper said of the team’s football involvement.

With the end of the school year, the Knights’ season is back in full swing.