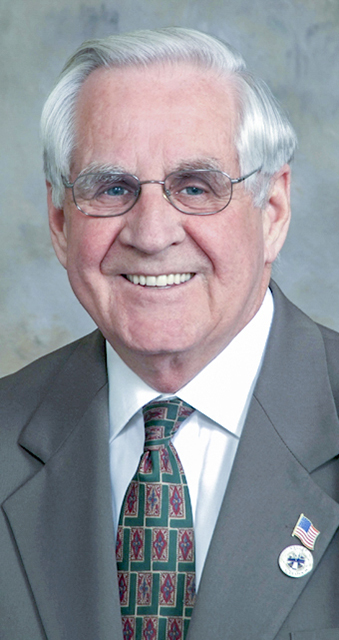 Ray Edwards has been reappointed to another four-year term as a board member for the Alabama Department of Senior Services.

VALLEY — Valley resident Ray Edwards has been reappointed to another four-year term as a board member for the Alabama Department of Senior Services (ADSS), according to a letter from Governor Kay Ivey’s office.

In making the appointment Gov. Kay Ivey cited personal qualities as factors she valued in making such appointments.

“I have made honesty and integrity a priority of my administration, and I know you will embody these two virtues while representing the people of Alabama,” she wrote informing Edwards of the appointment. “Please plan to attend all meetings within reason, be a good steward of the taxpayers’ money and work in your position to instill trust in state government. The responsibility that comes with this appointment is not to be taken lightly. I trust that you will rise to the occasion and set a standard for others to follow.”

Edwards said he appreciates the confidence shown by Ivey to allow him to continue serving the state.

“I will do my best to live up to her expectations,” he said. “Being an advocate for seniors has always been my highest priority. It’s why I ran for the city council in Valley.”

Edwards served as a council member for 28 years. A long-sought goal of his came to fruition two years ago when Valley Community Center was expanded to include the Valley Senior Center.

Edwards was first appointed to the senior services board by Gov. Bob Riley. He was reappointed by Riley, then Gov. Robert Bentley and most recently Ivey.

He has a new commissioner to work with on the board — Jean Brown, a retired judge. Brown is succeeding Tom Cotton, who has been reassigned to another position in state government. The new board will meet in a couple of weeks.

ADSS operates with a $137 million budget, funded by personalized car tags and some come in the form of interest earned through the Senior Services Trust Fund, which was created by the oil and gas lease money.

Senior nutrition is a top priority for the ADSS. It provides meals for senior centers and for the homebound. ADSS also works with the Alabama Department of Human Resources in senior abuse cases.