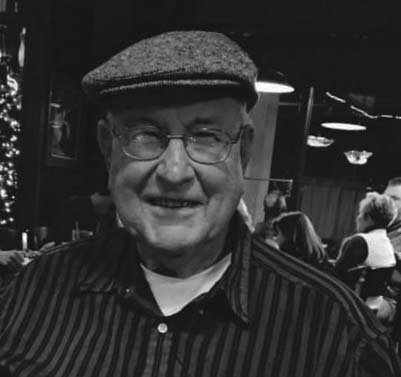 Mr. George M. Braswell, 88, of Lanett, died May 30 at East Alabama Medical Center after a brief bout with pneumonia.

Mr. George was a Korean War veteran, serving in the Army as a medic. He worked for West Point Foundry and Machine Company for 41 years. He was also a founding member and president of Lakeview Fire Department, where he remained a member until 2012. He was a member of Lanier Baptist church, serving in several capacities including longtime Deacon.

His special friends Lillian Newman of Fredonia and Yvonne McClellan of Lanett always kept a check on him, and his favorite kitties Max and Goldberg who he loved because they would fuss with him. It would take an entire newspaper to list all of the people who loved him, including Kendall’s childhood friends, all of whom referred to Mr. George as ‘Granddaddy.’

Before being confined to a wheelchair in 2011 and when he was younger, Mr. George enjoyed gardening, fishing, hunting, church, and loved his Sunday school class. Always the chef, he could be found copying recipes off of Facebook that he wanted to try. He never met a stranger, loved to talk to people, knew just about everyone and loved (just about) everyone. His sense of humor was unmatched. He was an avid Auburn fan, and loved the Atlanta Braves as long as they were winning.

A memorial service will be held on June 8 with family visitation at 1 p.m. EDT, followed by the service at 2 pm EDT at Lanier Baptist Church, 3295 County Rd. 289, Lanett, with Pastor Mike Hawkins officiating and Mr. Robert Crutchfield, nephew of Mr. George, eulogizing. Flowers will be accepted or memorial donations to Lakeview Fire Department or your local volunteer fire department appreciated. Mr. George requested no viewing and to be cremated, mentioning that if someone couldn’t remember what he looked like, that was their loss.