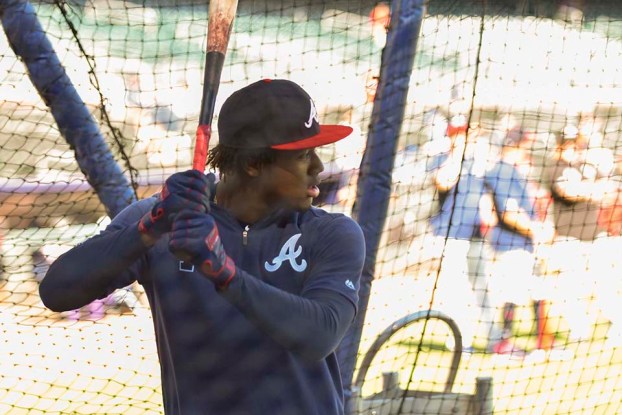 ATLANTA — The Atlanta Braves (54-37) headed into the All-Star Break carrying a two-month-long streak.

After defeating the Miami Marlins this past Sunday afternoon, the Braves have not lost a series since May 8, when the National League East Divisional leaders were swept on the road in three games against the L.A. Dodgers.

Braves utility backup Charlie Culberson made the play of the weekend on Sunday when he gunned down a Marlins runner at home plate from center field.

Center fielder Ronald Acuña, Jr. got a head start on his Home Run Derby appearance on Monday night with a first-pitch leadoff homer on Saturday. It was his 21st home run of the year, and his 13th leadoff home run of 2019.

“He’s up there ready,” Atlanta Braves manager Brian Snitker said. “He’s ready to attack. It’s nice when you have one pitch and you’re ahead 1-0 in a game. It gave us some momentum to score the next run.”

Left-hander Max Fried (9-4) struggled in Saturday’s start, giving up five runs on 11 hits. He struck out seven batters and walked one in the loss. The 25-year-old looks at his first half of the season as a positive overall.

“Learning experiences. There are definitely ups and there are downs, but being able to make the most of every outing and being even killed,” Fried said. “Obviously, I didn’t want to finish this first half the way that it did [on Satuday], but I’m looking forward to the second half and starting strong. [It’s] a new half.”

One of the many storylines for the Braves this season has been the powerful bat of third baseman Josh Donaldson. The 2015 American League MVP and former Auburn Tiger has hit 18 home runs in the first 87 games of 2019 after only hitting eight in 52 games last season, dealing with injuries.

“It’s been great. That was obviously a goal coming into this year,” Donaldson said of his health in the first half of 2019. “I’m looking forward to staying strong and helping this team to continue to win.”

The Braves organization sent six individuals to a pair of the major events at All-Star week in Cleveland. Acuña, Jr., first baseman Freddie Freeman, right-hander Mike Soroka and Snitker are all participating in the all-star game on Tuesday night, while centerfielder Cristian Pache and right-hander Ian Anderson played in the Future’s Game on Sunday afternoon.

The Braves currently have a six-game lead in the division over the Washington Nationals. The team returns from the break on Friday at San Diego to begin a three-game series against the Padres.

AUBURN — Some of the best 10-year-olds will gather in Viera, Florida at the USSSA Space Coast Complex, from July... read more