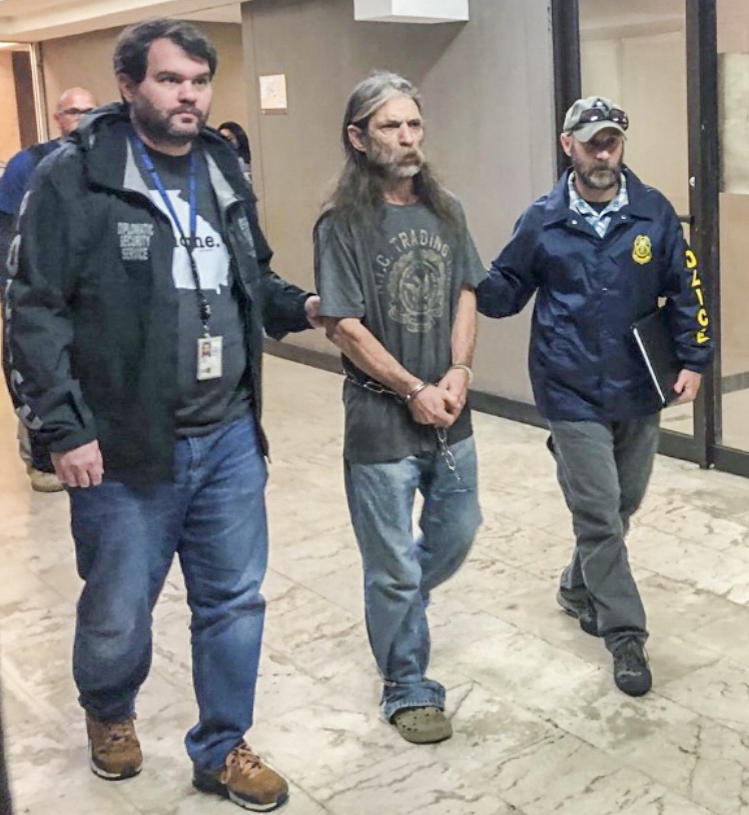 PUERTO RICO — The man wanted on murder charges in Chambers County stemming from a 1985 case has declared his intention to plead guilty in the U.S District Court of Puerto Rico on other charges, according to court documents.

David Anthony Pike, 57, is facing five federal counts in Puerto Rico, in addition to charges he faces in Chambers County for the 1985 murder of Calvin Irvin.

According to federal court documents, Pike faces charges of making a false statement in a passport application, mail fraud, misusing a social security number, aggravated identity theft and making false statements to an agency of the U.S.

The court documents say he filed a motion to change his plea on July 19 from not guilty to guilty, while making a deal with the government. The details of that deal have not been released. He is set to be back in court on Aug 2, according to the documents.

Pike was scheduled to begin a jury trial on July 25, but it has been vacated due to his desire to plead guilty.

Once Pike receives a sentence from the federal courts in Puerto Rico, it opens the door for Chambers County to begin its extradition process.

Chambers County Sheriff Sid Lockhart said he will reserve comment on the case until Pike officially pleads guilty in court.

On June 22, 1985, the body of a white male was discovered on Chambers County Road 84 just outside of LaFayette. The Chambers County Sheriff’s Office responded and learned it was Calvin Irvin who had been shot.

According to previous reporting by The Valley Times-News, investigators developed Pike and King Albert Mayes as suspects and murder arrest warrants were obtained. After the two men were arrested, Pike made bond, but before being indicted, he fled the area.

Mayes pled guilty and served out a term in prison.

Lockhart said previously that investigators have been searching for Pike for the past 34 years until he was arrested in January under operation “Sweet Home Alabama.”

According to the U.S. Attorney for the District of Puerto Rico office, Pike was arrested Jan. 17 in San Juan, Puerto Rico, after a criminal complaint was filed against him for false statements on a passport renewal application. The claim was made against an individual named Stephen Williams Varner, who Pike was allegedly impersonating.

The case was referred to the Diplomatic Security Service for an investigation after the complaint, and a death record for Varner was found in Alabama. This confirmed to authorities that Pike was impersonating Varner, and he was wanted for murder charges in Chambers County.

According to Pike’s indictment, he provided false information on a passport renewal application under Varner’s name on Dec. 7, and it was received by the National Passport Processing Center in Philadelphia on Dec. 10. On the same form, he used Varner’s social security number. Because Pike committed a felony — false statements on the passport renewal — at the same time that he used another person’s social security number, he was charged with aggravated identity theft.

Additionally, the indictment says on Dec. 12, 2017, while in Puerto Rico, Pike applied for disaster assistance after a hurricane under the assumed name of Varner.