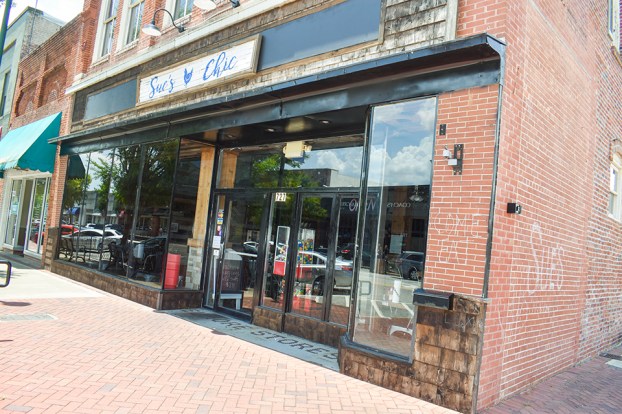 A post on Sue’s Chic’s Facebook page announced it would close its doors after the Fourth of July holiday due to health problems. The post said the lease has been bought out by family members and will reopen soon as a barbecue restaurant. Sue’s Chic moved from Valley to West Point in May.

WEST POINT — A longtime Valley restaurant which recently moved to West Point has announced it has shuttered its doors.

Sue’s Chic, which operated in Valley for more than 30 years, moved to downtown West Point in May.

The business inhabited the former Joe’s Tex Mex building after that business closed in January.

“We are sad to announce that Sue’s Chic will not be reopening after the holidays due to health concerns and circumstances beyond our control,” a post on the Sue’s Chic — West Point Facebook page said Thursday. “The lease has been bought out by members of my family and will be Smokey Pit BBQ.  [Y]’all come out and support our family members and keep us in your prayers.”

According to previous reporting from the Valley Times-News, Sue’s Chic Owner Robert Cox purchased the business in February 2018 when it was in Valley. He was a former employee of the restaurant.

In May, they made the move to West Point with the idea of expanding and giving the restaurant a different feel.

“We closed down the one in Valley, and consolidated it to this one,” Cox said to the newspaper in May. “In order for us to expand and make it something else, we took it and made a new concept in a different city. No building in the Valley could sustain what we wanted to do.”

The newspaper reached out to representatives with Sue’s Chic for comment but did not hear back.