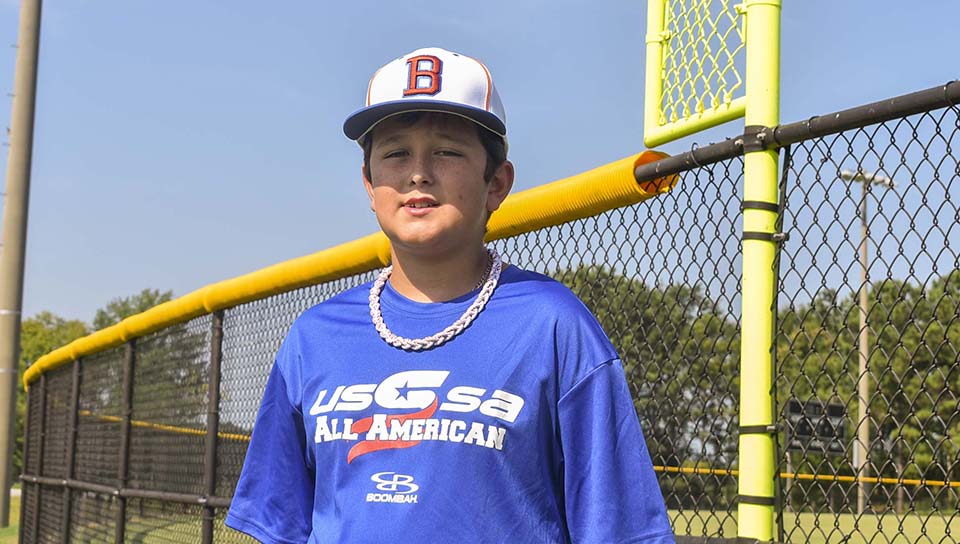 VALLEY — For the second summer in a row, Bryant Hopkins has been selected to participate in select-youth baseball camp.

The 10-year-old Valley-native has been chosen to play in the United States Specialty Sports Association (USSSA) All-American games from July 27 through Aug. 3 in Viera, Florida. Hopkins will represent the Atlantic region in the competition.

“It feels really good,” Hopkins said. “It’s an honor to be picked by other coaches or other people.”

Last summer, Hopkins was selected to the Selection30 Championships, an honor that he received from among members of the 21 teams who were at the Atlanta Select30 NIT.

This is also the second-straight summer that Hopkins’ travel baseball team, the Beehive Stars, have clinched a spot in the USSSA Wilson DeMarini Elite World Series. The team is the only group to come out of Alabama to appear in the national tournament in back-to-back years. Hopkins closed the game to clinch this year’s trip.

Hopkins is the son of Torie Hopkins, the head softball coach at Valley High School, and Chuck Hopkins.

“I’m very excited for each one of these boys and the coaches,” Torie Hopkins said. “The competition is difficult to get them ready for. They’ve all worked really hard. I’m really proud of them.”

Hopkins plays catcher, pitcher, third base and occasionally first base for his travel baseball team. He hopes to play in the majors one day.

His current favorite player is Mike Trout, and his favorite pitchers are Chris Sale and Jake Arietta.

His mother said that she gets anxious during his games, and as a coach, she often gives him advice.

“He’s always looking at me, and sometimes he’ll say ‘mom,’” Torie Hopkins said in a slightly sarcastic tone while rolling her eyes reenacting her son’s on-field responses to her. “He knows that I understand, but I try to sit back and let the coaches do their thing because I know that’s how I want it.”

Outside of scheduled team practices, Hopkins goes to the batting cages or throws with his mom for an extended period of time. During the throwing sessions, Hopkins receives more advice like not show an attitude, not to argue with the umpires, play hard and remember that God gets the glory.

Hopkins said that he has already learned the importance of keeping an even kill attitude during games.

“You won’t get thrown out,” he said. “It also makes you a better overall player.”

Hopkins is looking forward to playing with some of his friends growing up in the Valley school system, but for now, he’s looking to soak in as much knowledge as he can.