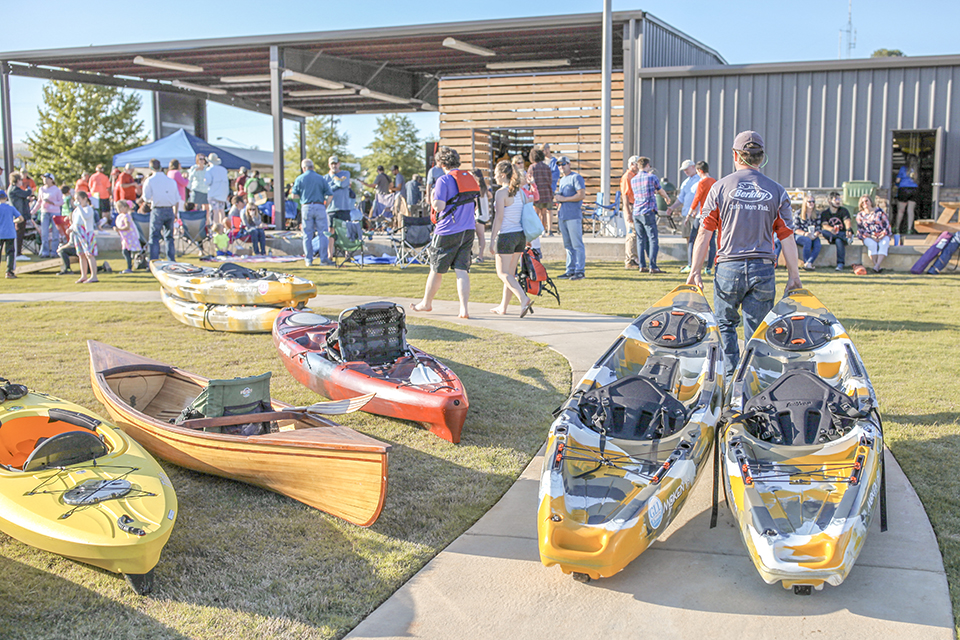 LAGRANGE — The LaGrange City Council committed to increase its funding to the Chattahoochee Riverkeeper by $1,500 for clean-up efforts at West Point Lake.

On Thursday, the City of LaGrange considered a request from the Chattahoochee Riverkeeper for $10,500 in funding. According to the request, the funding would help support water testing, student trips aboard the Miss Sally Floating Classroom and general operating expenses. The city provided $9,000 in funding for the organization during the previous budget year, and the submitted budget request for the current fiscal year reportedly was not received.

“The purpose of the funding for the Riverkeeper is the work that they do on West Point Lake, where they take students out on the Miss Sally boat, and they do some water quality sampling on some creeks,” Mayor Jim Thornton said. “Then, they have a store front right in downtown.”

The city council received a breakdown on how the requested funds would be spent, and the request for additional funds was also explained.

Thornton noted that the Chattahoochee Riverkeeper has participated in past lake cleanups.

Initially council members said that they were most comfortable with maintaining the previous year’s commitment of $9,000, but Councilman Tom Gore spoke in favor of the funds for helping clean up West Point Lake during the evening meeting.

“From what Meg told us this morning, they are offering to help clean up the lake,” Gore said. “That is not a lot of money for someone to get out there and really put some muscle out there picking up trash and cleaning up trash, and it is part of the river quality as far as I see it. I’ve been out there on the lake after a big rain, and it really looks bad when you are just surrounded by trash. It can really pile up very quickly. We all know that, but to see somebody say that they want to help us with that, I thought $1,500 is not a lot to get a partner and encourage them to help us.”

The LaGrange City Council unanimously approved the budget amendment for $10,500.

Because storm water issues were also on Thursday’s agenda, Council Member Nathan Gaskin asked if Chattahoochee Riverkeeper could assist with some of those concerns.

“It really has been a great resource from a water quality, water monitoring and educational standpoint,” Thornton said. “I think they have a lot of resources that they can bring to the table, particularly as it relates to water quality. That is more of their focus, as opposed to some of the infrastructure issues [in regards to storm water].”

The request did meet the city’s new standards for funding for an outside agency in that the request represents less than 25 percent of Chattahoochee Riverkeeper’s budget and is under $25,000.