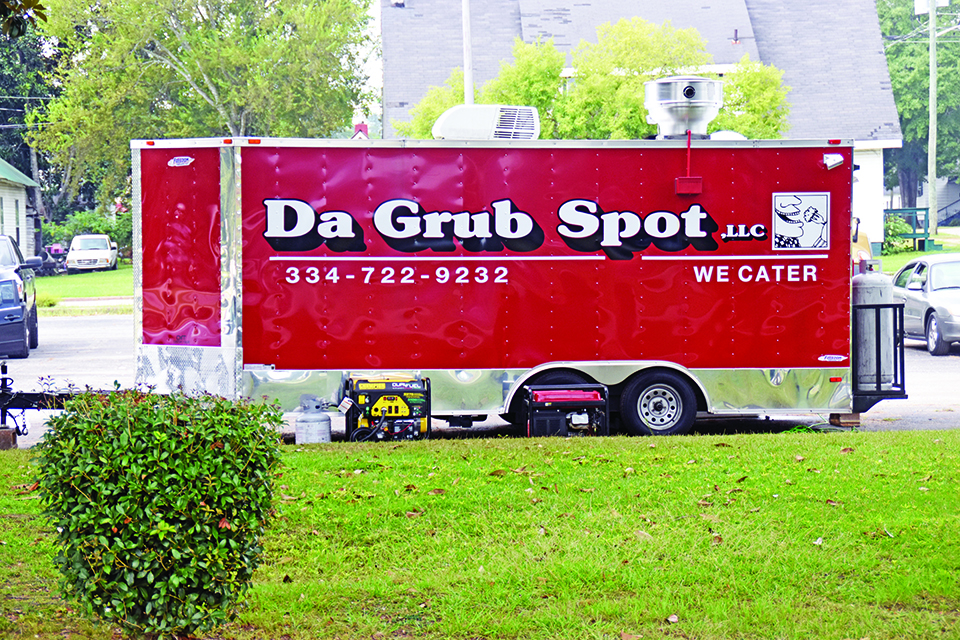 The truck was retired Saturday so the menu and entire crew can move into a new stationery location, at 301 9th Avenue in LaFayette. According to Da Grub Spot Owner Clarence Heard, a soft opening is expected in late October or early November, with a grand opening to follow toward the end of November. For that grand opening, the restaurant will feature two new menu items — fish and whole wings.

Heard said the truck got requests for stops in LaFayette more than anywhere else.  The new location is the former home of two different restaurants. Most recently it was the home to a KFC franchise.

“So, I know it can handle the volume we normally get,” Heard said.

Until the new place opens, customers can find all flavors of Da Grub Spot wings at Newt’s in West Shawmut, owned by Clarence’s brother Marcus Heard. More of the Da Grub Spot menu will be added to Newt’s in the coming months, Heard said.

Clarence and Marcus are both from Valley, and graduated high school there.  Clarence moved away for 13 years but moved back in 2015, “to start the restaurant adventure,” as he puts it.

The brothers opened the food truck in June 2017. Marcus came from a food service background and Clarence was in sales, but the early wing recipes came from Clarence. The overall menu is a collaboration between the two of them.

“We both inspired the menu,” he said.

When Da Grub Spot started, the truck was parked in the Lanett Mill Parking Lot five days a week. Then the operators began to go city to city each week.  The restaurant has created a large number of followers they call Grubbers all throughout the area, Heard said. Now, Grubbers can gather in one place.

“We’re all excited about it,” Heard said.