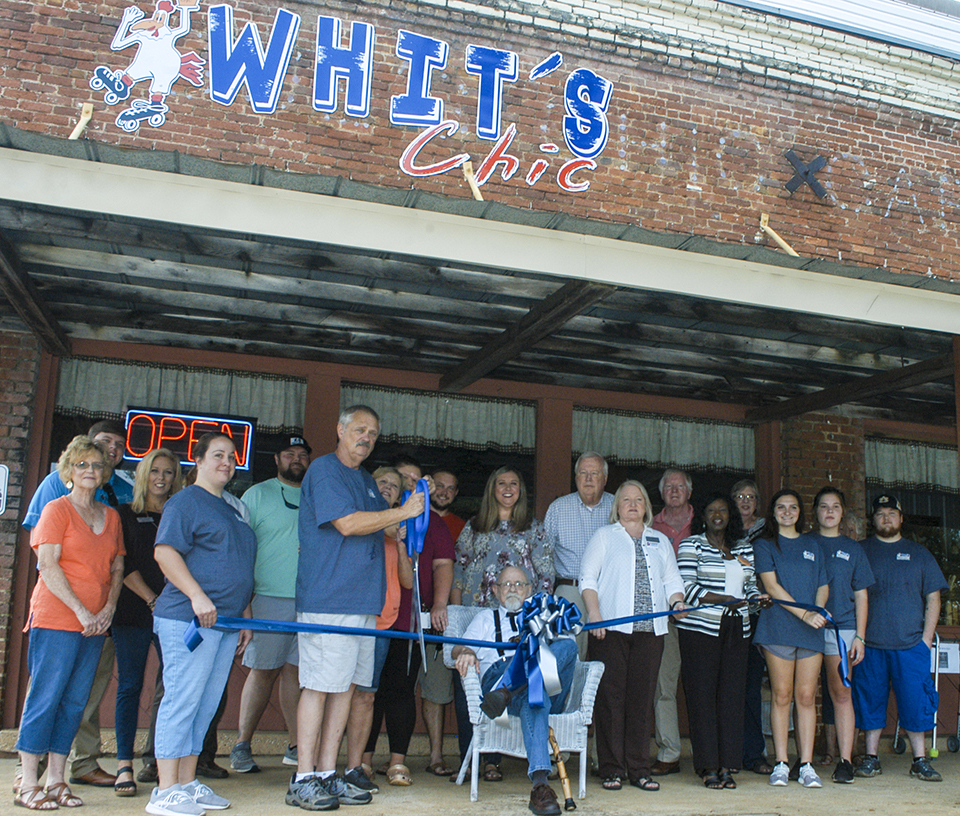 VALLEY — Homecoming week at Valley High is an appropriate time to have a homecoming for the return of a longtime business.

Located off River Road a short distance away from VHS, Whit’s Chic officially opened in a ceremony hosted by the Greater Valley Area Chamber of Commerce. The business has been open for a few months but held its ribbon cutting on Friday.

Owner Whit Bradley Jr. saw the event as a tradition come full circle. The first Whit’s Chic opened in West Point in 1981, and business was so good he opened a second location off Trammell Block in Fairfax a few years later.

The West Point location eventually closed and later reopened as Chic Delite, which is still in business.

In the early 1990s, Sue Williamson purchased the Fairfax location and moved it to the former site of Coleman Grocery.

The business was known as Sue’s Chic and remained in Fairfax until several months ago when it relocated to downtown West Point.

The business has since closed, leaving the Valley area temporarily with neither a Whit’s Chic or a Sue’s Chic.

The new Whit’s Chic is open from 11 a.m. until 6 p.m. on Tuesdays and from 11 until 7 Wednesday through Friday.

“I’m excited to see the reopening of Whit’s Chic,” said GVACC Executive Director Carrie Royster. “I can tell you that I’ll be coming here to eat.”

Also vowing to be a regular customer was Mayor Leonard Riley.

Owner Whit Bradley Jr. was upbeat about bringing Whit’s Chic back to Valley.

“With all your support, we plan on being here a long time,” he said.

Whit Bradley Sr., who started the first Whit’s Chic in 1981, was present for the ceremony.