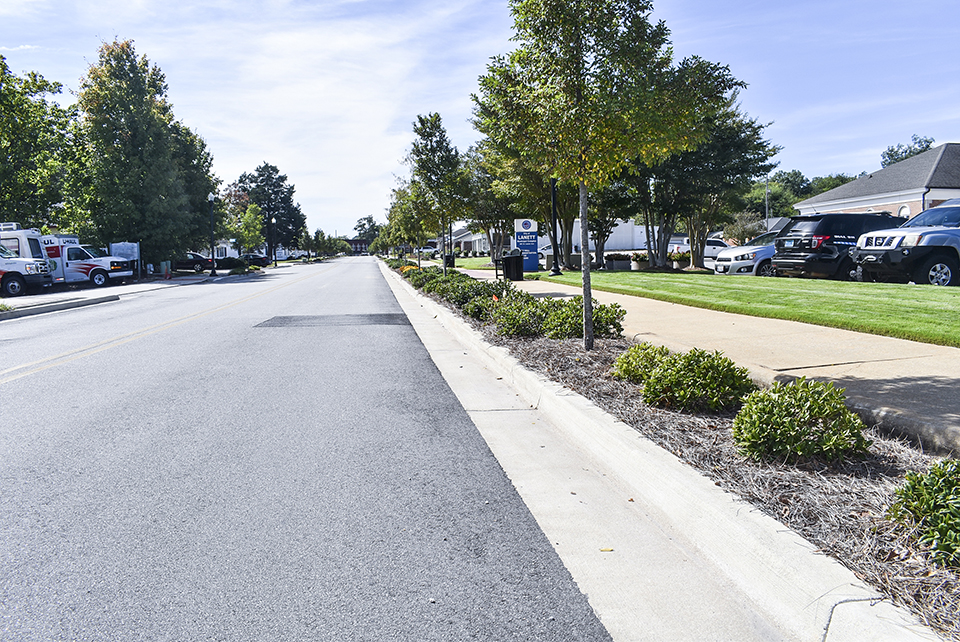 The Lanett City Council has applied for two grants for the downtown streetscape in Lanett. One to finish the job downtown and the other to continue the project toward First Street. The grants are through Alabama Department of Economic and Community Affairs and the Appalachian Regional Commission. — Photo by Dustin Duncan

The cities of Valley and Lanett got some good news this week in the form of Community Development Block Grants. According to an announcement by Gov. Kay Ivey, Lanett and Valley are among 58 communities in Alabama that have been approved for grants totaling $18.7 million. Valley has been approved for $450,000 and Lanett for $250,000.

The funds approved for Valley will be for sewer line improvements in the Langdale mill village area on 61st Street.

“We will be rerouting some sewer lines that have gotten in really bad shape,” said Mayor Leonard Riley. “East Alabama will be doing the work. We have some other grant requests out right now, and I’m optimistic they will be approved.”

The work will be taking place next spring.

Funding for Lanett is for Phase IV of the streetscape project. It will be for the section of North Lanier Avenue that runs from North 5th Street to Cherry Drive near the Alabama-Georgia state line.

“We are thrilled that the next phase of our downtown revitalization plan has been funded,” said Mayor Kyle McCoy. “We have made so much progress over the last two years in improving our downtown area. This is another milestone in cultivating growth in our city for our citizens and businesses as well as showing potential new residents and businesses that Lanett is a progressive city and open for business.”

The city will be providing a $49,000 match. Lanett is seeking an additional grant through the Appalachian Regional Commission.

“I am so excited that the cities of Lanett and Valley have been approved for these grants,” Wood said. “These sewer line improvements are much needed in Valley, and it’s such a pleasure to see the progress Lanett is making, being proactive in making their downtown a beautiful place that serves local residents and businesses and to attract new ones.”

Rep. Fincher said he was most pleased that the grants had been approved. Lanett is in his district.

“I am very thankful that ADECA has awarded the City of Lanett additional funds for their downtown project,” Fincher said. “They have been very faithful in seeing this project through.”

“I’m proud to have been able to play a role in being able to lock down these grants,” Price said. “It’s always a pleasure to work with Mayor Riley and Mayor McCoy and their staffs to make things like this happen.”

Lanett has been very successful in acquiring grant funds to spur the downtown revitalization project. Phases one through three included improvements of the streetscapes, fountain, sidewalks, landscaping and signage along North Lanier Avenue from First Street to North 5th Street. Phase Four will complete the proposed work for North Lanier. The next phase will encompass work along First Street from Highway 29 to Veterans Park.

“The design and engineering for Phase Four have been completed,” McCoy said. “After approval from the state, the project can be out for bids.”