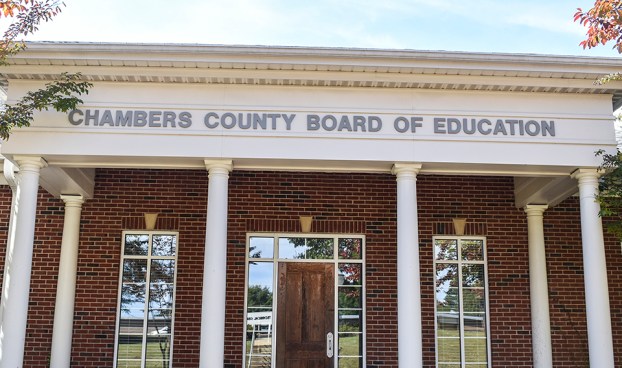 In late 2018, the Chambers County Board of Education hired a truancy officer to combat the growing population of students who had multiple unexcused absences.

The school district partnered with the Chambers County Sheriff’s Office to hire Tseyonka Davidson to work in the district’s central office and look at attendance data for the county.

The result has been about a six percent drop in the district’s overall chronic absenteeism, with some schools seeing more significant decreases.

John P. Powell Middle School’s chronic absenteeism rate dropped from 16.22 percent in 2018 to 6.8 percent, accounting for a 9.42 percent decrease, according to the Alabama State Department of Education report card released in October.

Five Points Elementary experienced similar results with about an 8 percent decrease, going from 14.18 percent to 5.88 percent in chronic absenteeism.

Fairfax Elementary, LaFayette-Lanier Elementary and W.F. Burns Middle School also saw decreases of more than 6 percent from the previous year, based on results from the report card. Every school in the district saw at least a small reduction in chronic absenteeism based on the report card.

Chambers County Superintendent Kelli Hodge said the district has always had a concern about chronic absenteeism but it really started paying attention when the state measured the matter on the report card.

“We started paying attention to it in a different way,” she said.

That different way equated to the hiring of deputy Davidson from the sheriff’s office.

Hodge said Davidson tries to establish a relationship with the students before they miss multiple days.

“We try to be proactive instead of reactive,” she said. “(Davidson) is so good with the kids no matter the age, and he has started to mentor several of them throughout the district.”

Davidson said the first thing he noticed once on the job was that many parents and children didn’t know there was a law about their children not going to school. According to district policy, a child can be held back a grade with more than 10 unexcused absences, he said. The tenth absence isn’t a guaranteed failure, but it starts a process of letting the parent know that no more unexcused days will be tolerated.

Once Davidson starts to notice a child with multiple unexcused absences, he’ll send a letter home to the parents. Next, he may make a home visit to talk to parents about what is happening, while setting a meeting with himself, the parents and the principal of the school.

If problems continue to occur, there is another meeting with the same parties, adding in the superintendent.

“After that, then they have to go to court,” Davidson said.

He said the presence of law enforcement at somebody’s home usually shocks the parents to the point they start to make sure their child gets to school. He said just showing up at the home stops most of the problems.

“Once I write a petition and put them in front of a judge, most people say they are not going to jail for their kid not going to school,” Davidson said.

He has made a recommendation to judges in Chambers County that the parents who don’t make their child go to school, they must spend as many days in the Chambers County Detention Facility for the number of unexcused absences for the student. However, that punishment has never occurred, he said.

During his time as a truancy officer, he has faced tough decisions such as turning children over to the Chambers County Department of Human Services because of conditions he’s seen while making home visits.

Also, because he is a sworn officer, he has made arrests due to drugs in the home of some parents.

“Sometimes, the kids don’t have lights or hot water in the home,” Davidson said. “You just never know what you will get into when visiting a home.”

He said most of the time when children are consistently missing school or chronically late, it’s because they live outside of the school district or the parents are involved with drugs.

Davidson is from the area, growing up in West Point, so having personal knowledge of many of the families helps his cause a bit.

He said he doesn’t tell any students they are a bad child or look down upon them because he can relate to some of the external issues happening outside of the classroom.

“When they go home, they are getting hollered at all night long, and nobody is there to tell them that they love them and care about them,” Davidson said.

As a branch of his position, he has a group of about 24 students at Valley High School called the Project League. It’s a group of students who are not bad kids but need guidance, he said.

“We teach them how to be leaders in the schools and the community,” he said.

He said the group goes to eat on occasion and goes fishing on weekends. Davidson also said it is about letting the students know somebody is there for them and cares about their wellbeing.

Lanett Attendance Officer Whittany Nolen said the district tries to combat absenteeism as well by building relationships with students and parents, as well as helping the parents understand the importance of the child being in the classroom.

“We provide literature to the parents that shows them how much instruction the student will miss by how days they are missing,” she said.

Other initiatives include what Lanett calls an “all-call,” which is precisely what it sounds like — a call to all parents who sign up for a service. Nolen said these calls could be used to let parents know what is being taught in the classroom, and if their child isn’t in school, they are missing out.

“Building relationships with the kids and letting them know we miss them when they are gone is key,” Nolen said. “That goes a long way.”

Valley fire sends one to burn center in Birmingham

VALLEY — A structure fire at a Valley mobile home has left one person being treated for burns at the... read more