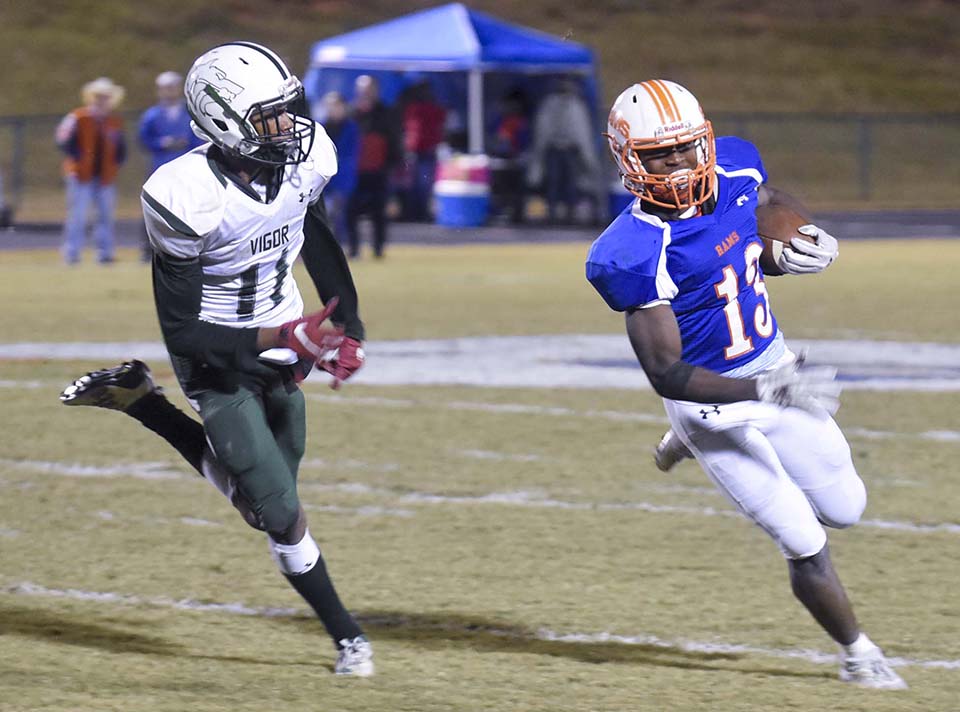 RASHAD MILLIGAN | Times-News reaching for a first: Valley junior running back Josh Heath rushes to the edge against Vigor on a fourth-down attempt.

“The defense played outstanding,” Valley head football coach Buster Daniel said. “They shut them down the entire first half, and they may have gotten 50 to 70 yards in the second half. The defense played really well.”

The first quarter was scoreless as the game was slowed down by numerous penalties that were called on both teams early on in the contest.

Senior tight end Jaden Hamlin broke the ice for the with 4:55 to go in the first half with a 44-yard touchdown reception from sophomore quarterback KD Hutchinson.

After a pair of impressive punts by Baker, Vigor fumbled a punt return and Valley recovered deep into the opponents’ territory. Baker then punched in the second score of the night from a yard out with 13 seconds to go until halftime.

Junior Tino Linson then stepped up with a pick-six in the second half to seal the victory for the Rams. Linson’s touchdown was Valley’s first defensive score of the season, according to Daniel.

“We have to continue to play good defense,” Daniel said. “Defense wins championships, so if we continue doing that, if we can get the offense to be a little more stable and sustain some drives, we should be ok next week.”