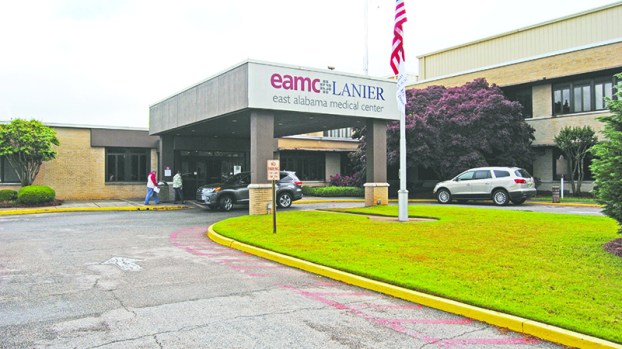 Visitor restrictions are now hospital-wide at East Alabama Medical Center and EAMC-Lanier, according to a press release from the hospital.

There have been a total of 233 confirmed cases of the flu in the EAMC and EAMC-Lanier emergency departments and a total of 26 patients with flu or flu-like symptoms are currently hospitalized at the two hospitals, according to the press release. Due to the high number of flu cases, EAMC officials have put visitor restrictions in place at both hospitals, effective immediately.

Previously, visitor restrictions had only been in place on the third floor at EAMC in Opelika, which including the childbirth unit and nursery.

Brooke Bailey, infection prevention director at EAMC, said using other forms of communication may be best during this time.

“We understand the importance of visitation, and we usually encourage it. However, unless the patient needs help from a family member, relying on Facetime, texting and other methods of communicating could be beneficial to both the patient and the visitor,” Bailey said. “Our goal in putting these restrictions in place is to slow the spread of the flu and protect our patients who are vulnerable.”

Based on prior years, the press release says restrictions will likely remain in place into the month of March.

Visitors entering the hospital are asked to follow the following guidelines:

EAMC also released the following tips for preventing and controlling the spread of the flu:

Lost and found: Local gets back lost ring after it fell into trash