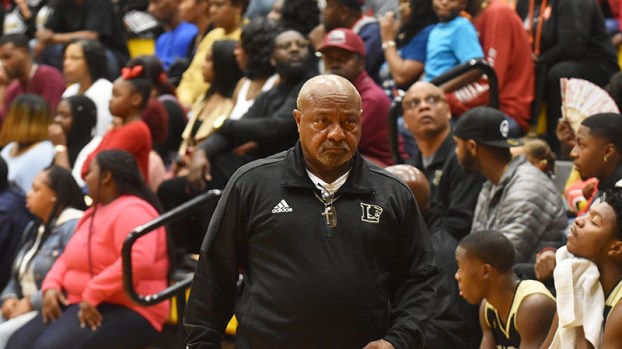 Friday will be his last regular-season game as a head coach as he will retire once the Panthers are done with the 2019-20 season.

“I really hadn’t put a lot of thought into [Friday being my regular-season game],” Carter, who is 710-244 in his 954 games as a head coach said. “I guess once I sit down and meditate on it for a little while, I may get a little melancholy about it, but right now I’m still concentrating on trying to win a state championship. I haven’t really thought about it.”

It is fitting that the coach will walk off the floor for his last regular-season game at Valley High School.

Since he lived in Fairfax while he was growing up, Carter graduated from Rehobeth High School, which is current day Valley High School, in 1965. After a five-year stint at Bullock County, he returned to his alma mater. He started as an assistant coach and became the head coach after Arthur Dunn retired.

“That is really awesome to go back to a place where I coached at for so many years,” Carter said. “I have so many memories from the great athletes. When I look around on Friday night, it will mean a lot. I will probably have a real think back moment when you think about all the days and nights I’ve spent there. I think it will be something great.”

Carter didn’t plan for the Panthers final regular-season game to be at Valley, that’s just how it worked out when the schedule was being planned out.

Friday’s matchup will be a rematch from earlier in the month, where the Panthers handled the Rams on their own floor, winning 88-57.

In that game, the Panthers dominated in the second half. They outscored the Rams by 10 in the third quarter, which gave them a 15-point lead heading into the fourth quarter.

“I think Valley is going to be really motivated to play the game,” Carter said. “They’re always up for us. They would rather beat us than win a state championship I believe, with two of their players moving over here. I just feel like it’s going to be a really hyped ball game. For us to go there and play, it means a lot to us, and I certainly hope our guys are up for the task.”

The two players that Carter referenced that transferred were Kintavious Dozier, who has been the Panthers leading scorer for most of the year, and Markavious Atkinson, who has started more than 10 games this year for the Panthers.

Dozier scored 15 points against his former team in the first matchup.

The first of three games is set for 5 p.m.

In the final Alabama Sports Writers Association rankings before the start of the postseason, four teams from Chambers County were... read more