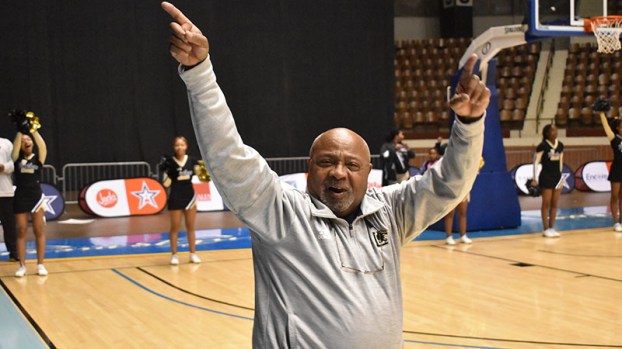 When the Lanett boys’ basketball team defeated St. Luke’s 73-48 in the 2A State Championship in 2016, Panthers’ head coach Richard Carter finally reached the mountain top. He had won his first state championship in his 45 years of coaching.

The 2016 championship was the first of three consecutive titles that the Panthers would win.

Lanett lost in the regional in 2019, but it bounced back in 2020, sitting one win away from a fourth state championship in five years.

“It brings tears to my eyes when I think about all the years and all the players that I invested in. And here it is now at the end of my career,” Carter said. “I had a lot of great teams when I was coaching at Valley that I thought I should have won state championships with. It didn’t happen and then right here at the end of my career, the good Lord says it’s your time. I’m thankful for that.”

Carter has been on the sideline for 49 years as a head coach. In that time, he has won 720 games between Alabama and Georgia, three state championships and was named to the Alabama High School Hall of Fame.

He announced at the end of the 2018-19 season that he would coach one more year before retiring.

His last game will be against Picken County on Thursday for the 1A State Championship.

“I’ve decided that this is it,” Carter said. “It’s time for me to go home and ride off into the sunset. I’ll figure out something to do. I won’t completely give this up.

“This program in good shape. We have one of the premier programs in the state of Alabama.”

Tipoff for that championship game is set for 5:45 p.m. CT.

When the LaFayette boys’ basketball team picked up its first loss of the season on Monday, it was an end... read more