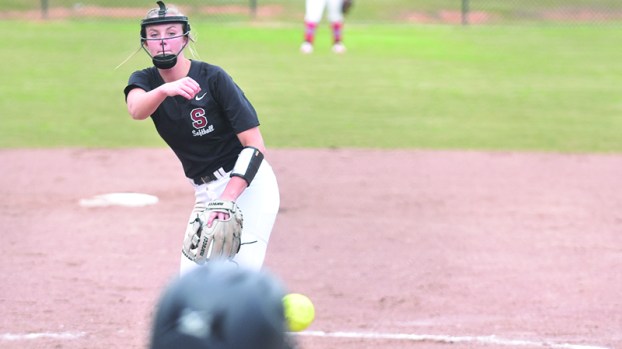 Spring sports across the state of Alabama are put on hold because of the coronavirus outbreak.--Photo by Cody Estremera

Spring sports go on hold because of coronavirus

On Friday the first case of the coronavirus was confirmed in the state of Alabama. By the end of the workday, President Donald Trump had declared a national emergency, and Alabama Governor Kay Ivey followed suit, declaring a state of emergency, which closes all schools starting on March 18.

With schools closed for two and a half weeks, the Alabama High School Association sent out a press release regarding athletics.

“Based on the Governor’s and the Alabama State Department of Education’s directives to close all schools across the state for a period of 2.5 weeks beginning Wednesday, March 18, 2020, all athletic events including, but not limited to, contests, practices, weightlifting and conditioning are hereby suspended during this time,” the release said. “At the end of the 2.5 week school closure period, the AHSAA will reevaluate health conditions and determine the status of spring sports championship play.”

Before Ivey’s announcement, the AHSAA was planning to allow sports to continue, since the Alabama Department of Public Health limited after school events to 500 nonstudents to attend the events, mostly sporting events, plays, concerts, etc.

The end of the two and a half week closure ends around the start of April.

This knocks out about half of the remaining regular season for all sports.

The Valley baseball team is in one of the better spots schedule-wise since they will only miss one area matchup in the two and a half weeks away from school. The Rams’ golf and tennis teams will miss most of their remaining schedules, while both soccer teams will have five games left on their original schedules.

Beulah softball will have the most games remaining of their original schedule, as they have about a dozen games listed.

Around 3 p.m. EST, the Alabama Independent School Association announced that it was suspending every sporting event after Saturday, March 14 until April 6.

The Wildcats softball team will still play their tournament on Saturday at Autauga Academy as previously scheduled.

The suspension also knocks out 13 games for the Chambers Academy baseball team and 10 games for the Rebels’ softball team. Both teams will miss a doubleheader against area opponent Cornerstone.

The Beulah softball team is coming off a season where it reached the went three games into the East Central... read more