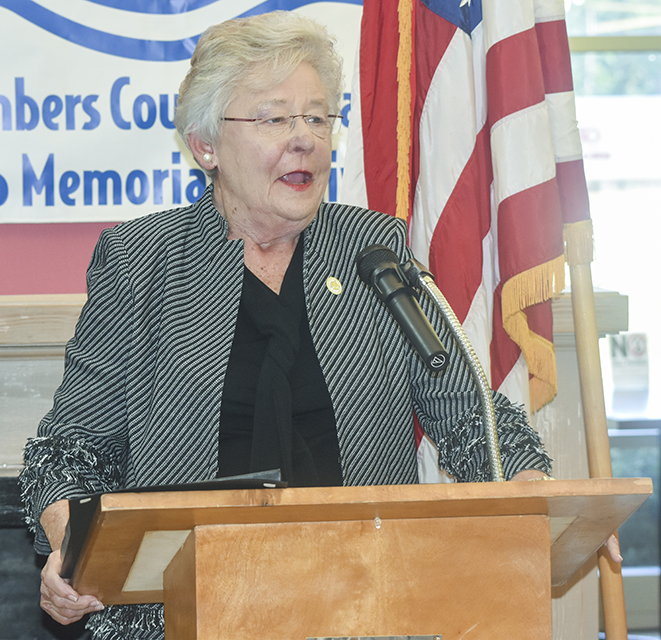 Late Friday afternoon, Alabama Gov. Kay Ivey and State Health Officer Scott Harris issued a stay at home order, effective for 5 p.m. CDT (6 Eastern) on Saturday. Simply stated it means that all Alabama residents should be at home except for “essential activities.”

“Folks, April stands to be very tough, and potentially very deadly,” the governor said. “You need to understand we are past urging people to stay at home. It is now the law.”

“I think this is a good move, especially for Chambers County,” Riley said. “We have way too many cases and deaths for a county our size. There is nothing more important than the health of our people. Everyone has to take this seriously.”

On Friday afternoon, Chambers County had 80 confirmed cases of COVID-19 and five deaths. Neighboring Lee County, which has a much greater population than Chambers County, had 91 cases and three deaths.

Riley said the City of Valley had its share of confirmed cases. “I went in Walmart this morning,” he said. “It’s really hard to stay six feet apart, which is the recommended limit.”

“I’ve talked to police officers, and they tell me they’re not seeing it either.”

“This is a wise move on the part of Governor Ivey,” McCoy said. “It may not be popular with some people, but I think it’s what we need to do. We have got to contain this virus. Sheltering in place is the only sensible thing to do. Most of the country is already doing this.”

Alabama has been under statewide emergency health orders that closed public schools for the remainder of the school year , closed non-essential businesses and prohibited public gatherings of 10 or more people.

In making her announcement on Friday, Ivey said that she had been convinced that previous efforts to control the COVID-19 pandemic had not been enough. She said it had become obvious by Thursday that more had to be done in Alabama. Georgia, Florida and Mississippi have their own versions of sheltering in place as do most other states in the United States.

We cannot ignore the fact that the virus continues to spread in Chambers and Lee Counties which I represent,” said Rep. Debbie Wood. “Our people have been diagnosed in a higher volume than other counties surrounding us. The goal now is to save lives and see the number of cases diminish. Please stay home and keep your family safe.”