Shivers puts name in for next head football coach 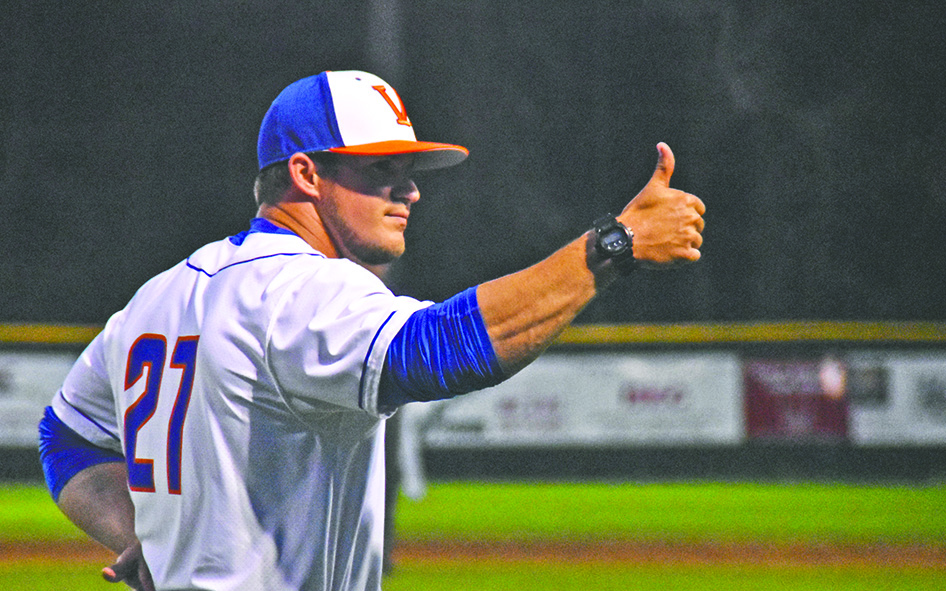 When Valley head football coach Buster Daniel announced that he would retire from public school and take the same position at Lee-Scott, it reopened the Valley head coaching job for the sixth time since 2008.

Shivers has worked for the school system since 2013 and has helped turn around a couple of programs in his seven years as a coach.

In his senior year of high school, Shivers was riding high. He was the starting quarterback and a standout pitcher of Beulah. In football, he led the Bobcats to their first playoff appearance since 1995 and was a key member of the baseball team that won two area championships in his four years on the team.

“Beulah’s got that small-town atmosphere, that there’s nothing going on but the game on a Friday night,” Shivers said. “I enjoyed the small-school atmosphere, just because everyone knew everybody.”

Before graduating in 2007, Shivers opted to continue his baseball career at LaGrange College.

That year proved to be one of the most difficult summers of Shivers’ life, as his father died before he started his first year in LaGrange.

Even though LaGrange College is less than 30 miles away from Beulah High School, leaving his mother, 3-year-old sister and girlfriend, who is now his wife, was a tough decision for Shivers to make.

“I fought a lot of tough battles with myself that year, just to stay,” he said.

He did stay the year and was one of the few freshmen to make the travel team for the Panthers, who finished as the runner-up in the Golden State Athletic Conference. The left-hander made one appearance his freshman year, throwing 3 ⅔ innings and striking out a pair of batters.

“I built some relationships with some teammates that I still keep in contact with to this day,” he said.

After the season ended, Shivers finished the school year by driving to school from his mother’s house. At the end of the year, he informed LaGrange Head Baseball Coach Kevin Howard of his decision to transfer home to Southern Union.

After finishing his core classes at Southern Union, Shivers finished out his academic career at Auburn University, where he still repped his Alabama gear proudly. He graduated in 2012 with a degree in physical education.

Initially, Shivers was trying to find a public school job but couldn’t land a spot. He turned to his friend Allen Ponder, who is in the Auburn University at Montgomery Hall of Fame, for a teaching opportunity. Ponder helped bring him to Lakeside School, an Alabama Independent School Association school in Eufaula.

In his lone year at Lakeside, Shivers was the head junior high football coach and an assistant on the varsity baseball team, which lost in the state championship game.

At the end of the school year, Fairfax Elementary School had an opening, which he applied for and got it in 2013. He taught at Fairfax for four years and was the junior high baseball and football coach.

“It was fun to start at the bottom and feel like you work your way up,” Shivers said.

Shivers coached the junior high baseball team and led it to a 10-win season. One year later, he was the junior varsity head coach, which he led to a .500 season.

“That was a really good opportunity that was thrown into my lap,” Shivers said. “I just took it and ran with it. I was young, hungry and hated losing. We went to work and turned out that we were successful.”

In 2016, Shivers was named the head baseball coach. For the decade, the Rams had struggled, finishing with a losing record in all 10 of those years.

For the last five years, Shivers has built the Rams into a force, as they have reached the playoffs the last three years and were on their way back before the season was cut short. Valley won back-to-back area championships in his first year, which was their first area championship in 25 years.

“I think kids buy into what I say because I practice what I preach and everything that I tell them, whether it’s working out to nutrition habits to doing things the right way,” Shivers said. “I try to be a mentor in that aspect and lead by example. The kids bought into what I preach. When kids buy in, when they know you care about them, when they know you love them, they’re going to give you everything they got.”

Shivers practices what he preaches to his players. He runs sprints with them, making the players go at 100% and go through drills. Against his football players, he plays as the second-team quarterback, throwing routes against the first-team defense.

“You get the most out of kids when you are actively participating in what’s going on and, you’re pushing them and they’re pushing you,” he said. “They respect you a whole lot more when you’re practicing what you preach.”

From a young age, Shivers knew he wanted to be a coach. He wanted the opportunity to help prepare his athletes for the next step after high school. His influence was his high school coach Richard Brown, who coached at Beulah from 2001-2011.

“I want to mentor these young people. I want them to learn and know what success is,” Shivers said. “Success is not always dictated by wins and losses, but more so by the type of young men that they become later on down the road.”

Now, Shivers, who was the offensive coordinator for the Valley football team for the last two years, wants to take on more responsibility as a coach, as he is trying to replace Buster Daniel as Valley High School’s head football coach.

The biggest problem for the Rams’ football team is the lack of continuity in the head coaching position, as the last time the Rams had a coach for more than three seasons was when Roger McDonald coached from 2005-2008.

“I will offer stabilization. I don’t plan on going anywhere,” Shivers said. “I’m committed to this school. It gave me an opportunity.”