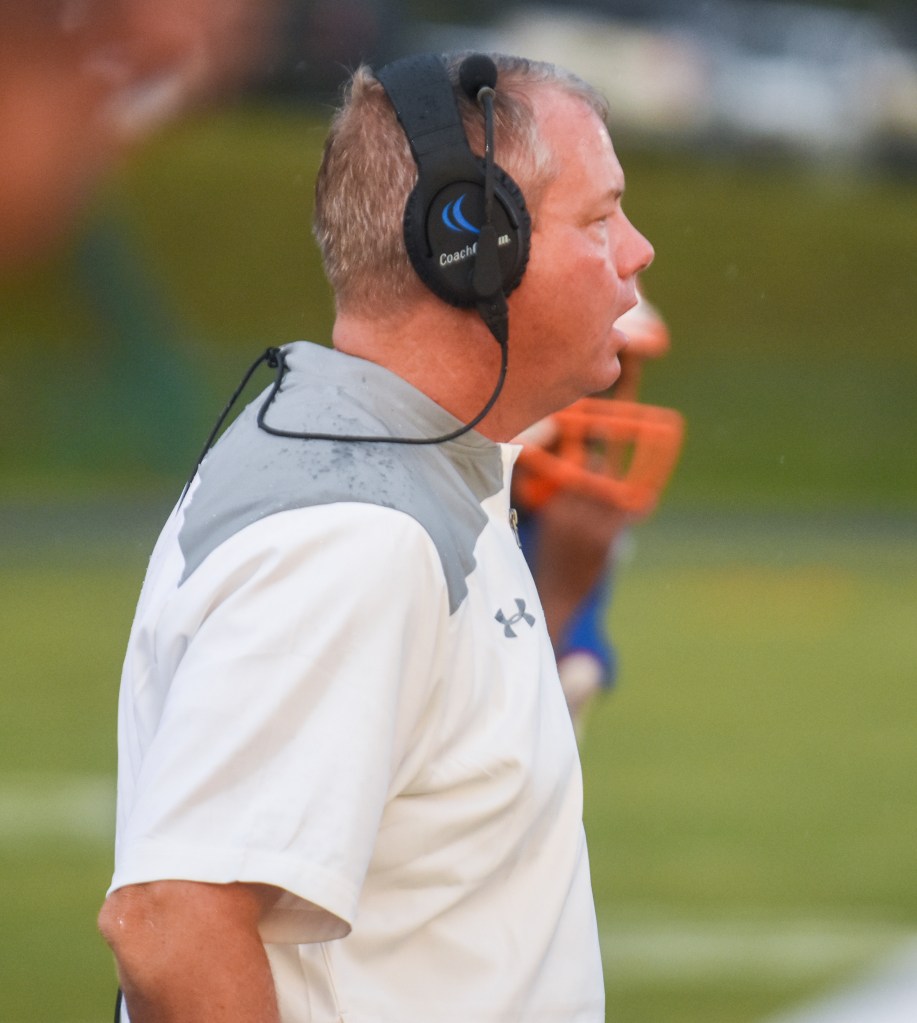 For the fourth time since the end of the 2011 football season, the Valley Rams are looking for a new coach, as head coach Buster Daniel has decided to retire from public schools and has taken the head football coach job at Lee Scott.

“The Lord works in mysterious ways, and this wasn’t in the plans. Everybody has to retire at some time,” Daniel said. “This situation fell into my lap, and it was a situation that I couldn’t turn down because it may never come back.”

The decision to leave wasn’t an easy one, but Daniel said that it was the best move for him and his family.

“I hate leaving these kids in Valley,” Daniel said. “They’re great kids. It’s a great program with great people to work with, but at the end of the day, I’ve got to do what’s’ best for my family.”

Daniel takes over the Warriors after three years at his alma mater, where he finished 14-19.

The Rams were trending in the right direction as they went just 2-8 in Daniel’s first year to 7-5 and region champions in 2019.

“I just want to wish him all the best. He’s done a good job here for three years,” Valley Athletic Director Adam Hunter said. “He’s really turned the program around, and we just want to keep it that way.”

Daniel will be the third coach in as many seasons for the Warriors.

In his 25 years as a coach, Daniel coached at Opelika for 22 years, where he spent most of his time as the offensive line coach and the final four years as the assistant head coach. This is his first season coaching at an AISA school.

“Other than knowing it [AISA] exists, I don’t know a lot about it,” Daniel said. “I’m eager to get in there and learn the difference between it and public schools. There will be some, but it’s football, and I’ve done that my whole life. I think I’ll adapt pretty well.”

Due to COVID-19 delaying spring football and making the timeline tough to predict when teams will be able to practice together, Daniel will not have a chance to meet and evaluate his team until the summer at the earliest. However, he said he is not concerned.

“Everybody is going through the same thing right now,” he said. “When we get the opportunity to get with the kids and implement our system, we’ll hit the ground running.”

Daniel’s first game as head coach of the Warriors will be against the Chambers Academy Rebels on Aug. 28.

Ultimately, the hiring of Daniel’s will be done by the Chambers County School Board, but Hunter hopes the new coach will be able to understand and relate to the students.

The new coach will be taking over a young Rams team that returns a lot of key skill position players. The Rams will also be transitioning to 6A for the first time since the 2015 season.

“Our kids are really tough and they’re resilient,” Hunter said. “We’re going to continue being a tough, physical Valley High School football team, no matter what division we’re in.”