Former Valley student Weston looks to give back 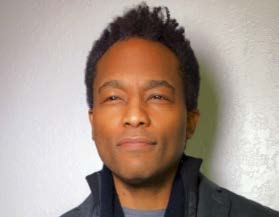 For the last 20 years, Brad Weston has been able to live out his dream of making movies. The former Valley Ram has been a part of more than 1,000 independent films, also known as indie movies, and has been able to travel throughout the world and country to make movies.

Weston’s love for movies started as a child and he always held onto it. It began with him falling in love with movies from the 50s, 60s, and 70s. He watched movies all the time and would even imagine himself as a character in the movie.

“I always felt like I was an odd duck growing up in the Valley area because I just enjoyed the 50s, 60s, the 70s, the westerns even the spaghetti westerns,” Weston said. “I was just addicted to those movies. I think it’s supernatural for anyone that enjoys movies to kind of imagine yourself in the movie while you’re watching the movie.”

Weston has had the opportunity to work on sets for bigger movies, but he loves making indie films because he is completely in control of the story.

“I really enjoy that industry a lot more than the Hollywood industry,” Weston said. “As you know, movies are really canned and have formatted outcomes. You can pretty much predict most movies before they even start. I really enjoy having my own creativity and finding my own projects.”

Weston didn’t immediately start out by making movies. Once he graduated from Valley High School in 1987, Weston went to college at the University of North Florida. He didn’t know exactly what major he wanted to go into at first, but he started out by taking software classes. While he was attending college, he was able to visit his cousin, who had just gotten married. Her husband was a software engineer.

“She was like ‘why don’t you come visit and tour our house and have dinner?’ I expected a regular house, and we drove to their house, and I was like ‘oh my God. What does this guy do for a living?’ And he was a software guy,” Weston said.

Seeing the financial benefits of working as a software engineer really helped Weston decide on a major, which he said was unexpected because he couldn’t even pass freshman algebra. His cousin was able to help him navigate the software world while he was in Jacksonville, Florida as a student.

While he was at UNF, Weston was able to get a software engineer job with a company in Minnesota, so he moved to the north and finished college there while working.

After graduating from college, Weston moved to California, where he was able to work on sets as a volunteer. He was able to get some experience there, but he mainly learned how to create a cinema on his own, through reading books and watching movies.

“Making cinema is a passion and anything you have a passion for, I think it’s natural just to dive in the deep waters and just learn,” Weston said. “One thing that really helped was just watching all the old movies. It’s like watching someone build a house for years. Eventually, you’re going to pick up a few things.”

One of his favorite projects came in the United States when he was able to create a couple of episodes of Buffalo Jazz Club, a show put together by Robeson Theater Company.

“They built a big set for me in Buffalo because that was really the first project where we could build our own set, we had a rich group of actors. That was really fun,” Weston said. “That was probably one of the more fun ones we did.”

Along with learning how to make his own films, Weston has tried to give back to the film industry. One way is by helping up-and-coming actors or filmmakers learn the ins and outs of the process. Weston owns two companies that help that cause. The first is a software company called Indiemovie Tools. That company is developing software that can help make a storyboard and other parts of the film making process. The other is to fund projects through his production company Brad Weston Films.

Weston is now trying to give back to the community he grew up in. He and actor Joshua Hooks, who is another Valley High School graduate, are trying to figure out a way to help Valley area and the art of film production. They haven’t nailed down any specifics yet, but it will most likely include the Lanett film festival.