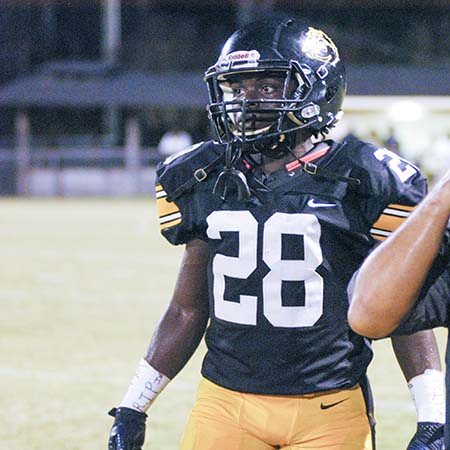 As a sophomore, Ja’Mariae Daniel was LaFayette’s second-leading receiver. The next year, he took over as the team’s go-to receiver, finishing with a team-high 294 receiving yards, on a team that only completed 43 passes the entire season. He also finished with six of the team’s eight touchdown receptions.

Daniel plays in the slot, and throughout his career, he has been a constant downfield threat on a team that had a run-first offense. In his career, he has 534 yards on just 30 catches, averaging almost 18 yards a catch. He also has 11 touchdowns.

Now in his final year as a Bulldog, Daniel is poised for a breakout season.

“I’m really trying to go all-state and get some offers,” Daniel said. “I’m working to better me as a football player. I’m going to start going to camps, and those are going to be big for me this year.”

Daniel was also used in the running game in 2019, performing some jet sweeps. He finished with 180 yards on just 19 carries.

In 2020, the Bulldogs could be going to the air more under head coach Juan Williams, who is in his first year as the Bulldogs’ head coach. Williams plans to run more of a spread that can also adjust to a traditional two tight end look.

Along with Williams’ system, the Bulldogs will be replacing their starting quarterback for the third consecutive season, as JP Walker graduated in June. This moves Vinay Singh to quarterback from wide receiver.

Singh and Daniel spent a lot of time together in and out practice, which developed a chemistry that could be key during the season.

“I really want it to be the best in LaFayette history [the Singh-Daniel combination],” Daniel said. “We can really do some great things or the team. I hope we take it to the top.”

But before Singh and Daniel can take the field on Friday nights, the Bulldogs have been grinding in their summer workout program since the start of June.

So far Daniels’ biggest goal for the summer is to get his body back in shape since COVID-19 forced everyone into quarantine.

“During quarantine, I gained like 15 pounds. Quarantine killed it,” Daniel said. “I’m trying to be 180 and up because college coaches told me to get bigger and faster, so I’m just getting started  on that.”

Part of his workout has been working out with Dee Mackey, a former LaFayette graduate who spends a lot of his free time working out local kids on his own time.

In those workouts, Mackey helps the athletes get bigger and stronger while working on their techniques.

The Bulldogs have been to the playoffs every year of Daniel’s career. Now in his final year, Daniel’s goal is to lead the Bulldogs to the team’s first-ever football state championship.

The Bulldogs are scheduled to start their season against Handley on Aug. 21 at home.