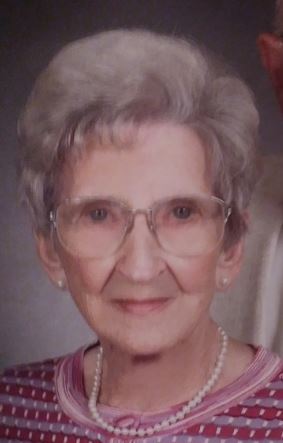 A memorial service will be held at West Point First United Methodist Church on Thursday, August 13, 2020, at 2 p.m. with the Rev. Erik Mays officiating. From 3 p.m. to 5:30 p.m. EST, the family will be at the Gardei home to receive extended family and friends. (Please follow mask and social distancing guidelines.)

Born July 20, 1925, in Rock Mills, Mrs. Gardei was the daughter of the late James W. Ray and Mary Borders Ray.

She is preceded in death by two brothers, James W. Ray, Jr. and Edward Ray; and her sister, Janie Mitchum. Mrs. Gardei was a faithful and active member of West Point United Methodist Church until her health declined.

Mrs. Gardei was a homemaker and was known for her gift of hospitality and having family and friends around her table as often as she was able. There aren’t many friends, family, or church members that have not eaten one of her delicious chocolate pies. She loved family and friends and spending time with them.

In lieu of flowers, donations may be made to West Point First Methodist Church or Chattahoochee Hospice.

For online condolences please visit our website at www.blufftonfuneralservices.com.