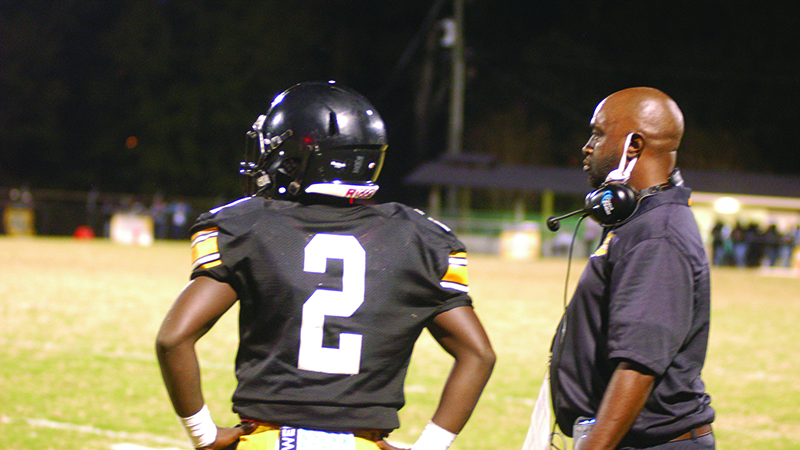 LaFAYETTE — Too many missed opportunities on offense, too many penalties and turnovers doomed the LaFayette Bulldogs on homecoming night as they fell to the Dadeville Tigers by a score of 18-7.

All three Dadeville scores followed LaFayette turnovers. The loss leaves LaFayette 0-4 on the season and 0-3 in 2A Region 4.

After a scoreless first quarter, LaFayette seemed to be in business moving the ball near midfield before quarterback Ty’quavian Daniel’s pass was intercepted by Dadeville’s Daquan Doss. On the first play following the turnover, Dadeville got the first score of the game when quarterback Lane Smith passed 50 yards to Jordan Parker on a middle screen. The point-after failed leaving the score 6-0 in favor of the Tigers with 6:44 left in the half.

Disaster struck the Bulldogs on the kickoff as they fumbled the ball back to Dadeville. The visitors put the ball in play on the 21 and reached the end zone in six plays, getting points on a third and goal pass play just inside the west end zone pylon. The pass from Smith to Doss doubled the Tiger lead to 12-0. The PAT failed, and with 3:46 left in the half Dadeville was up by two scores.

The Bulldogs had a great chance to score early in the game but couldn’t get it in the end zone from close range. A double reverse run by Joshua Combs got the ball from deep in Bulldog territory to the Dadeville 18. For an instant, it looked like Combs would score on the play before a Dadeville defender brought him down with a last-ditch effort.

LaFayette had a chance to pull out a win after they’d cut the Dadeville lead to 12-7 on the best scoring drive for either team in the game. They drove it 69 yards to score with the touchdown coming on a pass from Daniel to Vinay Singh from 13 yards out. With 2:43 left in the third quarter, the Bulldogs were in position to take the lead with one more score. Good play by the LaFayette defense kept the Bulldogs in the game until very late. Dadeville mustered very little offense until the Bulldogs turned it over again with a little more than two minutes left. Lane Smith’s interception of a Ty’quavian Daniel pass near midfield gave Dadeville the ball at the LaFayette 25.

The visitors looked to be attempting to run out the clock when they put one more score on the board on their final possession. On a fourth and two play, Smith kept the ball on a bootleg to the left and scored on a 17-yard run with 21.2 seconds left. The point-after failed, leaving the score 18-7.

With just a few seconds left, LaFayette couldn’t get anything going on its final possession.

LaFayette will try to get things turned around next week at Ranburne.