Thompson talks about her experience with Circle of Care 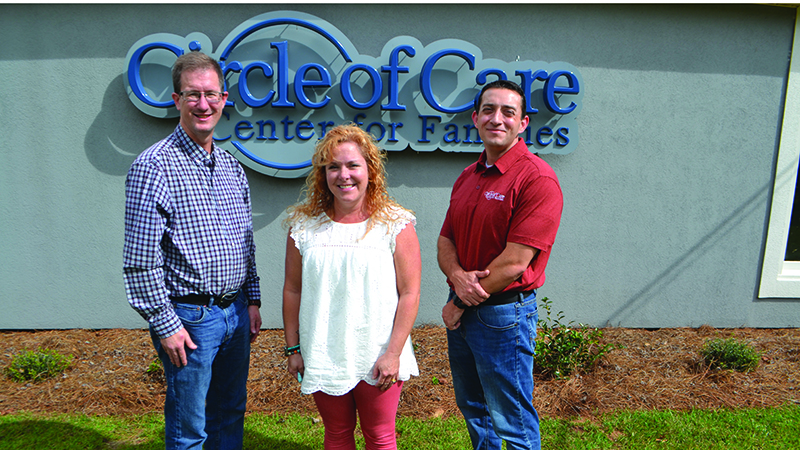 In her new role she will be working with local families to keep them together in a home setting.

Speaking to the Valley Lions Club on Monday, Thompson said that she had been enjoying her new job.

“The Circle is so much more than I realized,” she said. “I am really enjoying it so far. It’s something new, and it’s good to be out and part of the community. The Circle can help people in all age groups. We have a special delivery program to provide car seats and other necessities for mothers-to-be. We have a Care van to transport them to their medical appointments if that’s needed.”

The Circle of Care was formed as a family resource center in 1996. From then until the recent past it was housed in the former Shawmut Cafeteria building just off Shawmut Circle. The basic idea behind the Circle, said Thompson, is the idea that when families thrive as strong units. It’s better for children, the education system and the community as a whole. The organization did much good work for the community, but as the programs grew and more people were being reached, the Circle outgrew the Shawmut building.

“It was full,” Thompson said. “It was hard to add new programs because of limited space.”

Jonathan Herston came aboard as the Circle director following the retirement of long-time director Gloria Hull.

“He began to look at new locations for potential expansion,” Thompson said.

Consideration was also given to purchasing a building rather than leasing one on a yearly basis.

A building search took place in 2019. A former WestPoint Stevens engineering building off Shawmut Circle was considered. It needed lots of work making it cost prohibitive, and the search looked elsewhere. Herston finally settled on the former office of Dr. Bob Mullins in Valley Medical Park. That building would need a lot of work, too, but offered more space plus the convenience of being in Medical Park. A combination of some help from local government, grants, fundraising and a capital campaign provided money for such needs as roof repair, a new HVAC system and some interior modifications. Corporate donations helped.

“Knauf donated the insulation and Interface provided the carpeting,” Thompson said. “Volunteers from the Church of the Highlands and Point University helped with the renovation. In October 2019, a foundation that does not accept solicited requests provided new furniture. It all came together in approximately one year. The Circle of Care opened at its new location in January 2020.”

A few weeks later, the COVID-19 pandemic hit. There was a shutdown for several weeks.

“The staff worked at home for a time,” Thompson said. “It was a difficult period since so much of the work that’s done is through personal contact.”

Following CDC safety recommendations, the Circle has been slowly getting back into its role of serving families.

The former location was approximately 6,000 square feet in size. The new location exceeds 10,000 square feet and has the added bonus of a beautiful view of the Chattahoochee River out back. A former waiting room inside the front entrance has been converted into a community presentation room. It can hold up to 50 people at a time and will make for a great location to host evening civic club meetings once we get past COVID. Herston said that he wants people to see the building when things get back to normal. He sees that as a way of giving back to a community that has been so good to the Circle.

“We serve all families with aspirational and achievable goals,” she said. “These include financial management, GED classes, employment training through such programs as YES! and ASCEND, parents as teachers, special delivery, a fatherhood program, business resource center, safe students, marriage and relationship courses and parenting plus.”

The Circle has roots back to the late 1960s. It started as the Chambers County Council for Neglected and Dependent Youth. It was incorporated in 1974 under the Child Abuse Prevention and Treatment Act. The organization transitioned into the Chambers County Circle of Care Center for Families in 1996.

Thompson describes it as a one-stop shop family resource center.