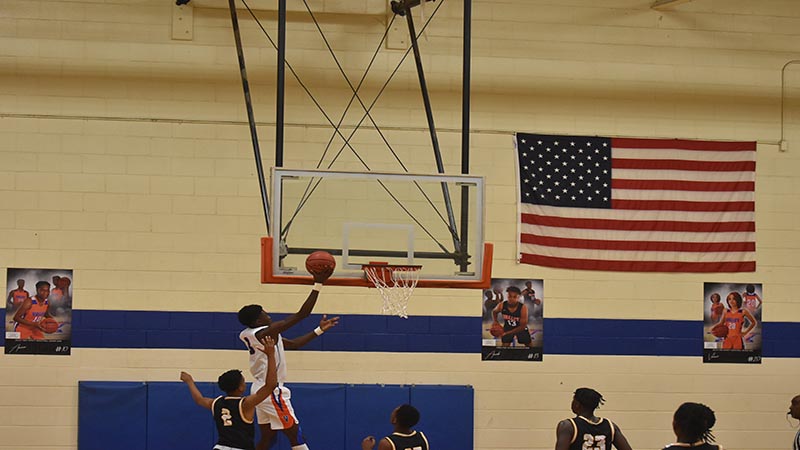 It’s been nearly nine months since the Valley boys basketball team has had an opportunity to show what it could do on the floor, as in its final game of the season, Valley lost by one point.

Now all the waiting is over, as the Rams take the floor on Friday for their first game of the season.

What Harper wants to see out of his three returners on Friday is their ability to lead the team, which is primarily a young group. Russell plays down in the post and got a lot of rebounds last year through his persistent play on the glass.

“It’s good to have senior leadership and good to have people that have been in the program,” Harper said. “You’re teaching stuff, but they’re helping the other guys learn also. Just looking for them to be leaders throughout this year.”

Trammell had a big offseason, picking up more than 10 college offers to play basketball at the next level.

“It’s been pretty fun,” Trammell said of the offseason. “I’m playing with some of my senior friends and the younger boys that I’ve been playing with for a minute.”

Along with the three starters, junior Kalen Sherrell will be a big player for the Rams this year. Sherrell was the team’s sixth-man last year, averaging just over six points a game.

He was on the floor in late-game situations throughout the season, so Sherrell is expected to be a key leader for the Rams this year.

“We just have to build them up [the younger players],” Sherrell said. “We have people moving up, so we’re still kind of young. Other than that, we should be good.”

Sherrell and sophomore Jamarious “Little Man” Martin will be two of the team’s primary ball handlers, a job that was handled by KD Hutchinson a year ago.

“We’ve been working all season trying to get better at ball handling,” Harper said. “I think Little Man.. you should see him handle the ball. He can handle the ball well. He’ll replace some of the ball handler duties.”

The Rams open the season with some injuries, as two players are out at least the first game of the year. One has a shoulder injury while the other has an ankle injury. Those injuries gave Ian Crim Davis a chance to come to the varsity team. Crim Davis was part of the junior high team a year ago that had five extremely talented starters, with Crim Davis finishing as that team’s MVP.

“I wanted to keep all the freshmen together. We have five really talented freshmen,” Harper said. “We only had eight players on the roster, so we had to move someone up. We asked him, and he’s willing to come up and help us out. We’re going to see how it works out. Hopefully, if it pans out, we’ll keep him on varsity. If not, we’ll move him back down to JV. We’re just trying to get him a little bit of experience.”

This is Valley’s first year in 6A since 2015. Most of the players on this year’s varsity team played football, which gave them some confidence heading into basketball season.

“I’m expecting big things,” Harper said of his team. “It’s our first year in 6A, so we have a little bit of a hill to climb, but I think we’re ready for it. We have some kids that played key roles on the team. They’ve been looking good in practice, so we’re going to go out and play.”

Valley opens its season with Bullock County. The team’s split the season series last year, as both teams won at their home court.

“A lot of teamwork is going to be out there on Friday,” Trammell said.